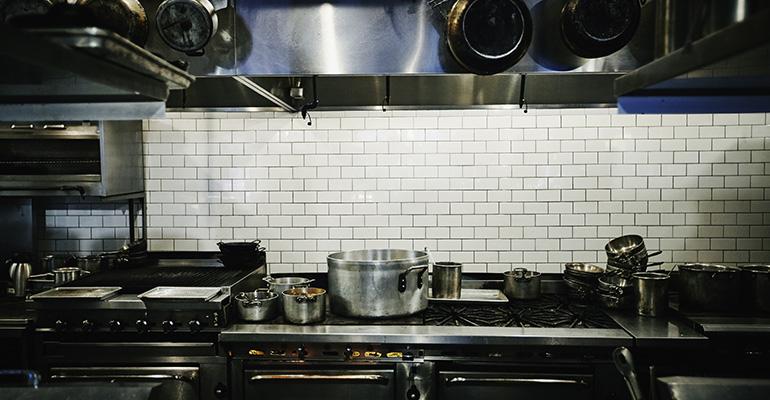 We’ve both been working in and around the restaurant industry for some time, Bret. Don’t you worry, I won’t make one of those gee-whiz longevity statements — you know, how our combined experience in the business is over 175 years or whatever. But still, we’ve seen lots of hot trends cool off and many bubbles burst. I bring this up because it appears that we currently have multiple bubbles at the boiling point, and I’m curious which you think will boom and which will bust.

As a quick refresher course for our readers who’ve been in the business less than 175 years, some notable foodservice bubbles of the past include what was once dubbed HMR, or home meal replacement, an unwieldy moniker that was coined specifically to describe the Boston Chicken, later redubbed Boston Market, phenomenon. It included madly overheated stock offerings and spawned lots of wannabes, including supermarkets that rushed to cash in on the craze. 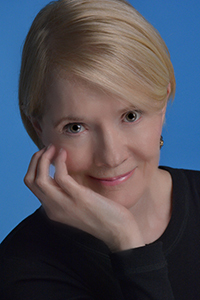 Other food retailing sectors that have experienced similar irrational exuberance include the make-and-take business, which you and I discussed awhile back. Brands like Dream Dinners and Super Suppers offered kitchen space, ingredients and recipes with their requisite mise en place in place for consumers, who were to come in and cook up a week’s worth of family dinners. Consumers neither came nor cooked, and the segment fell way short of the $1 billion in sales that Mintel had predicted in 2010, leaving hordes of hapless operators holding the bag.

From the menu perspective, I’d argue that recent items like Korean yogurt, Hawaiian poke and perhaps even so-called better burgers have been overhyped, too. Promoted as the next big thing, each attracted lots of investors, who committed to lots of sites, lots of which never got off the ground. It’s not that these products are without appeal, Bret, it’s that they aren’t necessarily appealing or differentiated enough to live up to their unrealistic expectations.

Which brings us to the present day, in which the shutdown has given rise to several sizzling sectors. Take third-party delivery services. Please. Pre-COVID, the segment was about three-quarters of the way through the familiar business lifecycle that goes from scrappy startups to competitive overpopulation to segment consolidation as big guys gobble up smaller players. COVID-19 provided an unexpected second wind to these companies, most all of which started life with unsustainable economic models and a predatory relationship with their restaurant customers. The pandemic has rendered them temporarily indispensable to many operators, but I question their long-term viability, especially given their failure to fix their financial and operational weaknesses. As I type this, nimbler, smarter startups are multiplying, some supported by local municipalities, some utilizing underutilized taxi services, and some cooperative ventures among local operators, who’ve been burnt by the big guys.

And what about ghost kitchens? Players are rushing into the segment, and many are using un- or underutilized commercial kitchen space in restaurants and hotels. Many other ghost-kitchen operators are building their own ground-up facilities and renting them out to both budding entrepreneurs and established operators like Chick-fil-A, which need a little extra kitchen capacity. They’ve proved a lifeline for some existing restaurateurs and an initial foot in the door for newcomers. A recent story in the New York Times reported that market researchers at London-based Euromonitor forecast ghost kitchens to be a $1 trillion market globally in the next decade. Holy smoke. That’s a lot of capacity given the pent-up demand for the dining experience that will be unleashed when the COVID curse is banished.

While we’re on the subject of inflated expectations, can we stop a moment to reconsider the meal kit? The segment has been up and down, down and up several times over the past decade or so. It has seen early chef-driven, home-delivered subscription services being supplanted by supermarket meal kits that require no commitment and can be picked up along with a gallon of milk on a regular grocery run. With the restaurant lockdown, the segment perked up yet again as homebound, culinarily challenged consumers sparked to offers from brands like Blue Apron, which promises maximum flexibility in terms of number and type of dishes and length of commitment, all starting a $7.49 per meal. But it seems like déjà vu all over again for this segment, which has failed more than once in normal times.

While each of these sectors predates the pandemic, it has provided them a big boost and in some cases a life-saving infusion of both capital and consumer interest. But what will the landscape look like next year and the year after? I don’t think for a minute that delivery or ghost kitchens or meal kits will disappear from the food retailing landscape. Far from it: All will remain viable foodservice niches, assuming the companies have the requisite combination of savvy management, operational expertise and adequate funding. But I see them as niches, some more viable than others and none a serious long-term threat to the traditional hospitality industry.

However, there’s some very serious money betting I’m wrong, and I wonder where you come down, Bret. Would you care to weigh in and suggest which, if any, you’re bullish on and which you think will receive a collective buh-bye as they head to the foodservice boneyard?

Nancy, back sometime in 2019 I was at a restaurant opening, sitting with an industry friend who had just backed out of a restaurant in a food hall after realizing that he couldn’t produce the volume during the lunch rush necessary to satisfy his customers. And since that particular food hall was only busy during lunch, it was a business disaster.

He asked me if the future of the industry was just going to be a bunch of ghost kitchens run by Uber Eats. I shrugged.

As you and I discussed just a couple of months ago, restaurants were in crisis before the pandemic as consumer habits were changing and costs were rising — a big chunk of that was third-party delivery, as you just mentioned — and it seemed like the only people making money, in full-service restaurants at least, were servers.

The pandemic has been a gigantic, angry fist punching down on the industry’s reset button, but it was a button that needed pushing. 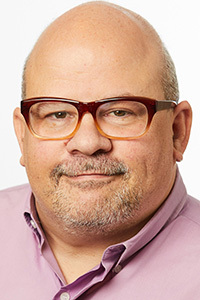 That’s not to downplay the disaster that COVID-19 has been for restaurants and the people who work in them, but with disaster comes opportunity, both real and imagined.

Meal kits are an imagined opportunity. Not for everyone — Eric Rivera, a chef in Seattle whose restaurant Addo was a tasting-menu-only concept before the pandemic, has put together elaborate meal kits, along with live video tutorials, to guide people into making their own tasting menus at home — but I think most operators will find that their customers want the restaurants to actually cook their meals for them.

Delivery, on the other hand, is absolutely an opportunity. The third-party big boys have incurred the wrath of angry restaurateurs and restaurant-loving media, as well as governments that are capping delivery fees. Smaller services seen as being more restaurant-friendly have risen to the occasion to offer different business models. I have no idea how it will all shake out, but I think operators and delivery services will find a solution that works for everyone, because they have to. The demand for delivery’s not going away, and everyone needs to get paid.

You mentioned home-meal replacement, which was all the rage at the turn of the century, as was curbside pickup. They’re both back with a vengeance, and this time I think they’re here to stay. Geofencing technology allows operators to know exactly when their customers’ cars are pulling up, allowing for seamless service that’s cheaper for guests than delivery, and more profitable for restaurants. However, family meals — those bundles of lasagna for six or burgers, fries and drinks for four that so many restaurants tried during the pandemic — are not long for this world. Operators tell me that, for whatever reason, they mostly haven’t performed that well. Of course there will be exceptions, like the eternal bucket of chicken, but it seems that most people just want their own meal, even if they’re going to eat it together at home around the dinner table — or I guess more likely in their respective rooms on their own handheld devices.

I think ghost kitchens, where food is made in buildings without storefronts for delivery only, have a bright future. So do virtual restaurants, concepts without buildings that operate in a different restaurant’s kitchen. Why waste money on real estate in high-traffic areas if people want their food delivered to them anyway?

Wow Bao, a dumpling concept by Chicago-based Lettuce Entertain You Enterprises, has created a whole new revenue stream by selling their frozen product to restaurants and letting them reheat it in an unused corner of their kitchen, to be delivered to customers who don’t care whether there’s a storefront or not.

And there are restaurateurs like Ember Management Group in West Palm Beach, Fla., which took the greatest hits from two of its restaurants, Buccan and Imoto, and started preparing them in the kitchen of their third restaurant, Grato, and selling all three as a virtual brand out the backdoor, where delivery.com drivers are waiting.

I don’t think any of these bubbles will burst, actually, but they won’t be easy money, either. Each of these concepts is part of a smorgasbord of revenue-generating ideas, and successful post-pandemic operators will figure out which ones work for them — plus retail, whether in-store or via mail order, virtual cooking classes and wine pairings, and other approaches to maximizing their profitability and diversify their sources of income to make sure that, the next time disaster strikes (and it will), they’ll be ready.