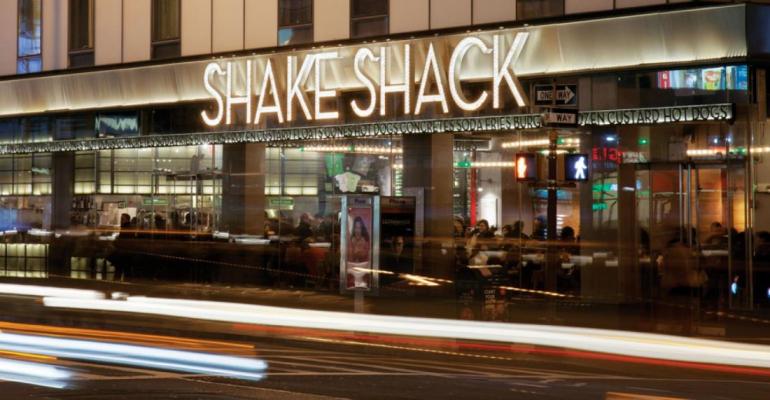 The chain reported a 60.1% drop in traffic for the second quarter; some reopened dining rooms are closing again ‘for safety reasons’

The company, in a business report released Tuesday, said sales for the quarter ended June 24 were negatively impacted by about $3.2 million in June as stores were forced to temporarily close or operate with reduced hours due to curfews enacted to curb civil unrest in key markets.  Overall, the company experienced a 60.1% drop in traffic for the quarter.

Like many restaurants across the United States, Shake Shack has reclosed some stores as health officials report a spike in COVID-19 cases. At the end of the second quarter, 60% of its restaurants were operating dining rooms with limited capacity.

“However, in recent days, some of these interior and patio dining rooms have once again closed for safety reasons,” the company said.

Despite the challenges, the New York City-based chain said it has extended a 10% premium pay raise to all hourly employees. The wage increase is expected to continue through at least July 22.

“As always, and especially during this recovery period, our priority remains the safety of our team and our communities,” CEO Randy Garutti said in a statement.

“Amidst our gradual sales recovery, we've started to open new Shacks again and are looking to the significant growth opportunity that we believe lies ahead for Shake Shack,” Garutti stated. “I am so proud of the resilience of our teams in the Shacks, the innovation across our operating model and our relentless efforts to continue to safely serve our guests. I want to thank our entire Shack family for their hard work and commitment to leading with hospitality during these difficult times.”