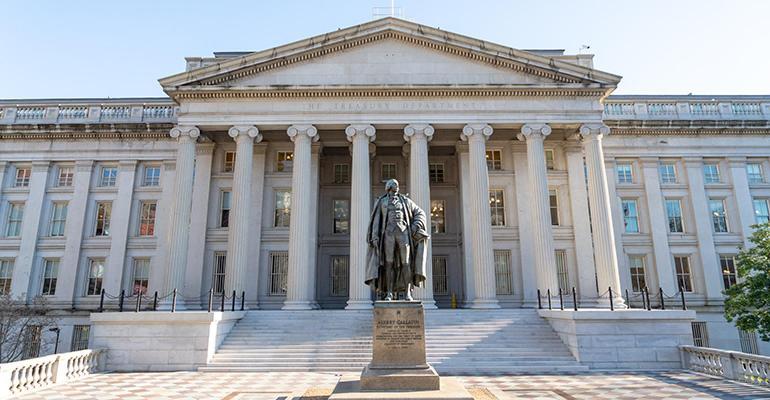 DoraDalton / iStock / Getty Images Plus
The federal government’s Paycheck Protection Program ran out of funding for most small businesses on Tuesday.
Coronavirus>Restaurants Ready

About $8B still available through community financial institutions, aimed at women, minorities and underserved groups

The federal government’s Paycheck Protection Program ran out of funding for most small businesses on Tuesday, nearly four weeks early, but about $8 billion is still available through community financial institutions, which lend to such underserved groups as women and minorities.

Congress allocated $292 billion for the most recent round of the popular Paycheck Protection Program and in March extended the application deadline to May 31.

Nearly all of that money was exhausted as of Tuesday, the Small Business Administration, which runs the program, said in an alert to lenders and their trade groups.

“It is our understanding that lenders are now getting a message through the portal that loans cannot be originated,” the National Association of Government Guaranteed Lenders, a trade group, wrote in an alert to its member Tuesday, according to a New York Times report. “The PPP general fund is closed to new applications.”

About $8 billion remined available through a set-aside for community financial institutions, which generally focus on lending to businesses run by women, minorities and other underserved communities.

Those lending institutions will be allowed to process applications until that money runs out, the association of government-guaranteed lenders told its members.

Since being created last year in response to restrictions during the COVID-19 pandemic, the PPP disbursed $780 billion in forgivable loans to fund 10.7 million applications, the New York Times said. When Congress renewed the program in December as part of a larger relief bill, it expanded eligibility and allowed some businesses to seek a second loan.

Congress renewed the program in December’s pandemic relief bill, expanding the pool of eligible applicants and allowing the hardest-hit businesses to return for a second loan.

Early this week, two new grant programs run by the Small Business Administration were opened for businesses in the live-events and restaurant industries. No grants have yet been awarded.

In an update Wednesday, Isabella Casillas Guzman, SBA administrator, said the agency had received more than 186,000 applications from restaurants and other food and beverage businesses in all 50 states and the District of Columbia.

The $28.6 billion Restaurant Revitalization Fund, signed into law by President Joe Biden as part of the American Rescue Plan, provides economic aid to restaurants and other establishments struggling to make ends meet as a result of the pandemic.

In the first two days of the RRF window, the SBA said on Wednesday that of the 186,000 applications, 97,600 came from restaurants, bars and other eligible businesses owned and controlled by women (46,400), veterans (4,200), socially and economically disadvantaged individuals (30,800) or some combination of the three (16,200).

In addition, 61,700 applications came from businesses with less than $500,000 in annual pre-pandemic revenue, representing some of the smallest restaurants and bars, the agency said.