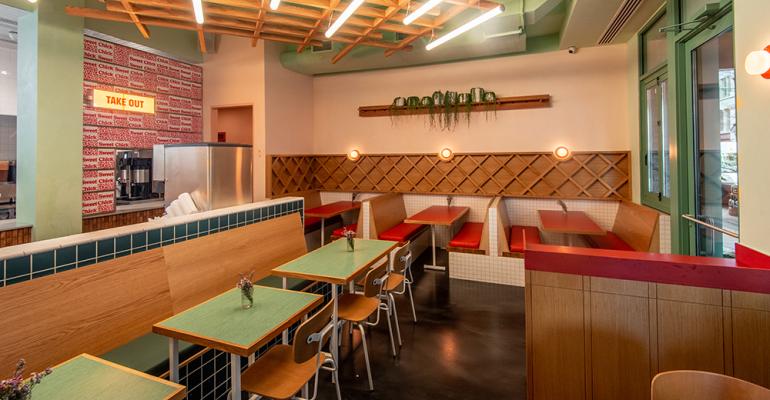 Why Sweet Chick moved to a fast-casual model

Sweet Chick is expanding across the U.S. The New York City-based chicken shop is starting to franchise with a new prototype, and it thinks it can stand out amid a sea of competitors.

Older units have already been converted to the new, fast-casual model. Prior to that, all units were casual dining. The chain’s newest location on 16th street in New York City will be the first prototype to come to fruition, a model the chain hopes to scale within the near future.

It will have counter service, a redesigned kitchen, expedited orders, and a new menu.

“Just because we're moving into fast casual does not mean we're moving away from hospitality,” said founder John Seymour.

The chain is looking to bring new customers to Sweet Chick’s famous fried chicken and waffles, just in an easier-to-grow format.

“Over the past two years … we've found ways to kind of take our brand and put it into a unit that's scalable,” he said.

Sweet Chick has converted all prior restaurants to a fast-casual model, turning bars into counter seats and turning servers into cashiers. At some restaurants, you can even order on your phone with a QR code rather than use the cashier.

“For us, scalability and control over the store level is extremely important,” he said. “And we want to make sure that at every store, we're giving the customer the same exact experience.”

That includes future growth — which means franchising — for the 10-year-old brand with five units.

In May 2022, Sweet Chick received Series A funding from Founders Table — the owner of Chopt and Dos Toros — to finance the expansion of the brand’s company-owned units, which Seymour said will continue during franchise growth.

“I think franchising is a way for us to really kind of reach new markets a little faster,” Seymour said.

The new menu features many non-chicken items and even vegetarian and vegan items. Seymour said he didn’t want to leave anyone out.

“We are in the elevated chicken space,” he said. “We want people to be able to come in and have chicken one day, and if they decide to eat a non-chicken product, it tastes just as good, and they can feel just as good.”

The new location, the first with the redesign, will be in Union Square/NoMad. It will have outdoor seating and full counter service.

“As you go into these more high-volume locations, you need to be able to service the customers expeditiously,” he said.

This location is also expanding the chain’s audience because of its location close to so many schools.

“I'm seeing more teenage kids coming in than I've ever seen, which is kind of excellent to be able to kind of attract that audience,” he said.