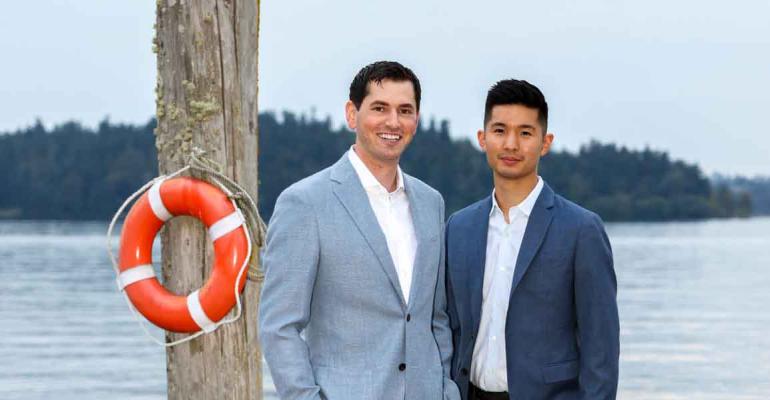 Norman Wu isn’t just out to build a restaurant empire, he’s out to do it consciously. So much so that he even named his restaurant company, parent to his legacy brand Just Poké, Conscious Hospitality.

“We are building out restaurant concepts that keep in mind an ethos outside of just kind of making money,” Wu said in a recent episode of Take-Away with Sam Oches. “So, for us, the things that we were really passionate about and cared about were making sure that everything that we use is sustainable in sourcing.”

That includes the takeout containers, the building of the restaurant, the materials used for the build, the sourcing of products, and the career development of employees at the restaurant.

The restaurant group is working toward “building a framework for the team that can really allow for people to have careers [at Just Poké], as opposed to just a job.”

That’s just part of it. The team at Conscious Hospitality pays about 30% above minimum wage and has offered healthcare to workers since its inception.

“We really wanted to create an environment where people could come in and really work and not have to worry about some of those pieces and really treat people really well and have them grow with us,” said Wu.

To offset those costs, Wu said that the costs of their fast-casual menu are a bit higher than competitors’, but that the Seattle-based customers really appreciate what they’re providing employees and customers are “voting with their dollars.”

“They don’t mind paying a little bit more to support a business they feel is doing it the right way,” he said.

But there hasn’t been as much cost hoisted upon the customers one you may think. The brand is growing, and fast. Just Poké expects to double in size this year, going from 15 units to 31.

“I think our business has been able to grow a lot quicker, so we are able to absorb some of the extra costs with scale essentially,” Wu said.

That includes landlords, too. While real estate has been tough in this economy, Wu and his partner Danny Brawer have had a slightly easier time finding real estate because landlords have been more accommodating when they hear what kind of business the two are running.

“A lot of times we’ve had landlords reach out to us with spaces because they love the brand so much,” Wu said. “They love the ethos and core values behind the brand, aside from the fact that the brand from a sales standpoint is successful.”

One example is Climate Pledge Arena in Seattle, which is owned by Amazon, and is planning to become an eco-friendly and sustainable arena. The arena reached out to Just Poke to be a part of the food and beverage selection because their values aligned.

Conscious Hospitality isn’t just the parent of Just Poke; it’s also the parent to five other brands and a brand incubator for other “conscious” brands. Companies that “don’t have the capital or don’t have the operational experience or the team to be able to scale that concept,” according to Wu, but are “awesome.”

Wu and Brawer have approached local business owners with one location and asked about expansion, and have found owners who are passionate but incapable of growth beyond that point.

The two go beyond capital for these brands because “there’s capital out there for people to tap into,” but there isn’t necessarily an abundance of guidance beyond that point.

The baseline of eco-friendly for the team is paying people well, building the right team, and giving them the resources to do well (such as with donations), which all give accountability to partners of Conscious Hospitality.