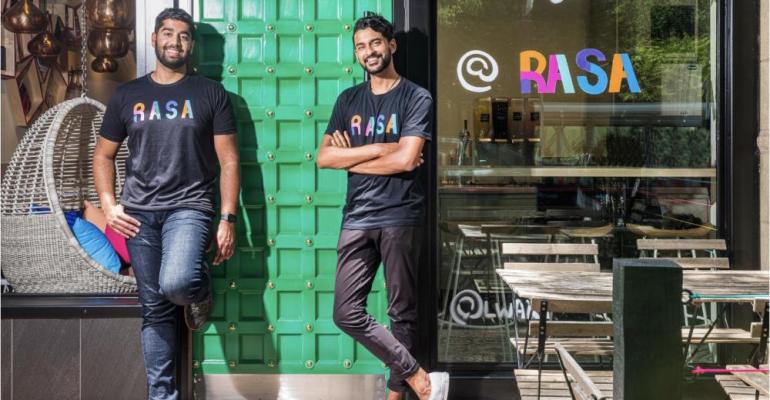 Sahil Rahman, RASA cofounder, on how to thrive as an emerging restaurant in an emerging category

When Sahil Rahman and Rahul Vinod, co-owners of Indian fast-casual concept RASA, were growing up, their fathers owned restaurants to create better opportunities for their children. It was not expected that, one day, their children would go into the very same business to bring fast-casual Indian cuisine into the American public consciousness.

Related: Betsy Hamm, Duck Donuts CEO, on the keys to transitioning from emerging to mid-sized brand

RASA is a four-unit, Washington, D.C.-based build-your-own-bowl Indian concept that’s focused on familiarizing white Americans with Indian cuisine. This task can be challenging while navigating questions of authenticity, cultural responsibility, and language. For example, Rahman said that he prefers the term “emerging cuisine” rather than ethnic, because of the racial implications of the latter word.

“Language is tricky,” he said. “Ethnic food as a category really bothered us because it basically just meant ‘non-white.’ So [I prefer emerging cuisine] even though Indian culture has been around far longer than American culture because it hasn’t entered the American mainstream quite yet.”

Related: How Rasa is introducing a whole new generation to Indian fast-casual food

Rahman said that RASA has been dubbed the “Chipotle of Indian cuisine” and he has learned to embrace that role of finally introducing Indian cuisine to the Western world in a format that’s tuned into consumer needs and more modern than their fathers’ traditional Indian restaurants. But as the concept scales, Rahman is striking a balance between acting as a translator for his cuisine and still maintaining that sense of true connection to his culture.

“We don’t want to be some large organization that’s totally disconnected from a culture that might just see us as the hot new cuisine or as a dataset,” Rahman said. “We’re never going to just like Google ‘India’ and throw some décor on a wall or hire a bunch of consultants.”

Sahil Rahman will be speaking at CREATE: The Future of Foodservice in Denver, taking place Sept. 19-21.