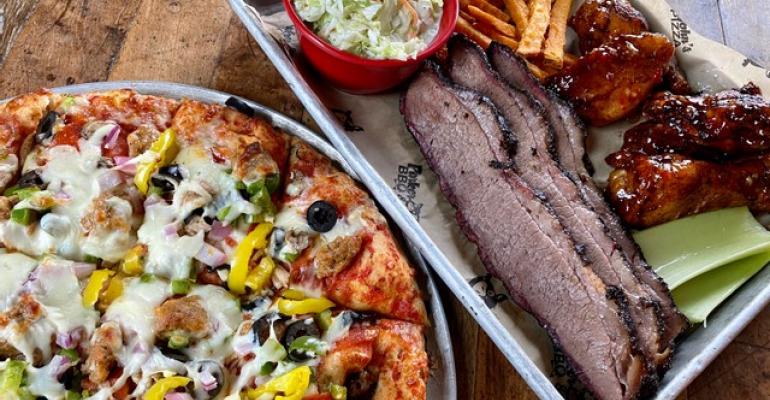 How Parker John's BBQ & Pizza is growing despite the pandemic

Parker John’s BBQ & Pizza, a five-unit pizza and barbecue chain based in Kiel, Wis., has been family-owned since it started in 2008. It’s been through two economic catastrophes and survived — even thrived — as a small business. In fact, it did so well during the pandemic that it grew locally in its home state, opening its fifth unit in February this year.

Named for the owners’ son, Parker John, the restaurant began as a pizza place serving wings and spaghetti as well. When the worst of the recession’s impact hit the area in 2010, business slowed, despite Parker John’s being the only pizza place in the town of 1,800 people. The business quickly pivoted as the owners — couple Jennifer and Aaron Sloma — used their savings to buy a smoker to transform the business into Parker John’s BBQ & Pizza.

The long-time restaurateurs were happy with the switch. Before that, the Parker John’s in Kiel was making $300,000. Now, it’s making $1.5 million a year. The other four locations are doing around $3.5 million in sales, because they’re all in larger cities (Menasha, Green Bay, Sheboygan, and Oshkosh).

The Slomas have both worked in restaurants since they were teenagers, and also own another single-unit restaurant.

During the pandemic, there were no pivots necessary for Parker John’s, as it already had everything in place for a pandemic-proof business. The Slomas already had their own fleet of vehicles for delivery, and a “robust carryout business from the start,” they told Nation’s Restaurant News.

Much of the business was already carry-out rather than dine-in at Parker John’s despite the restaurant being full-service.

“When we were forced to close our dining rooms, everything kind of just worked out for us because we were well-positioned to begin with,” said Aaron.

As for expansion, the couple will think about it after the summer ends.

“We always joke we have to make it through summer, because our summers are absolutely crazy,” said Aaron.

Between the catering for 125 weddings a season and the fact that the restaurant in Sheboygan is right on a river, Parker John’s is slammed every summer with tourists and locals alike.

“I think our target would be probably to open another location probably early 2023,” he said.