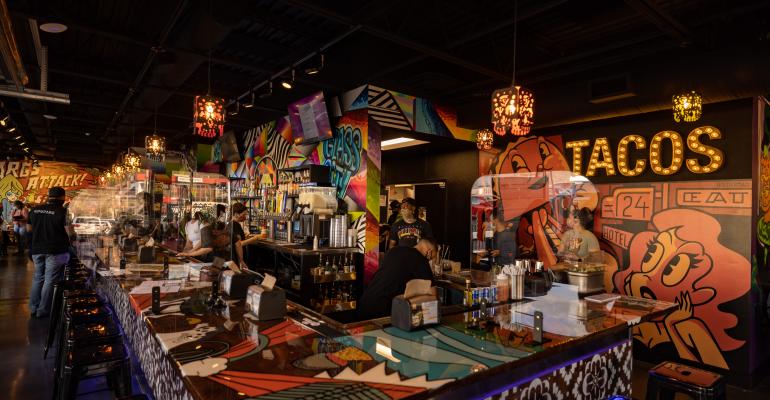 “The idea of it is just to create this destination of a great place to have food,” Chris Artinian.
News>Regional Chains

This taco restaurant is ready to rapidly expand into underutilized markets across the U.S.

Right down the road from The Ohio State University, the first Condado Tacos opened in 2014. It was a celebration of good food and individuality, according to CEO Chris Artinian. In the intervening years, nothing and everything has changed for the restaurant company.

“Joe [Kahn, founder of Condado Tacos]’s vision was creating a place that not only had great food — really fresh, clean, no preservatives, great flavors, craveable products — but was also a place,” said Artinian.

“Even more important than the food, if that’s possible, was to create an environment where people can come as they are,” he said

Condado Tacos doesn’t have uniforms for its employees; they can literally “come as they are” to work. Artinian said this produces a more comfortable and congenial environment, as does the graffiti on the walls, all designed by artists local to each location.

This has helped in these trying times for labor, according to Artinian. He believes Condado Tacos had a slightly easier road than most restaurants because they “allow employees to be themselves.”

“The idea of it is just to create this destination of a great place to have food,” he said.

The brand’s consumer base skews younger, the core demographic being around 25-45, according to Artinian, coming back around to those Ohio State days serving students and “hipsters” in the neighborhood. But it’s still inviting to everyone.

Customers come to the casual-dining restaurant for a variety of purposes as well. The concept is designed to get food out the door in a timely manner. That’s almost unheard of for a casual dining restaurant.

“We’re proud of the fact that we can play both ways. Come in for a great full-service experience and enjoy cocktails and dips and tacos etc., but also have the speed and convenience of a fast-casual where you can pick up and [get food] to go,” he said.

The menu is small and the kitchen is organized and efficient, which gives Condado the ability to prepare food with the speed and efficiency of a fast casual.

“We can get our folks to pick up or to go as fast as any fast-casual restaurant out there,” he said.

The small menu and limited ingredients breed creativity, according to Artinian.

“We stick with what we do well so it allows us to really focus on being great, and we can get creative with tacos without overcomplicating the recipe builds,” he said.

Many customers choose to have a traditional casual-dining experience and stay for 45 minutes. Artinian doesn’t care, he’s not rushing them at all. In fact, he welcomes it. But for those who do choose speed, technology is there to help.

Condado Tacos uses handhelds that allow servers to enter orders directly from the table, guests to pay at the table, and more.

“If you want to stay for an hour, you’re in control that, but if you’re coming in for lunch and only have 30 minutes, you can actually come in, sit down and feel like you’ve really enjoyed a great meal and still get back to your desk within 30-35 minutes,” Artinian said.

The concept originally was centered around “great food, awesome margaritas, great people and a celebration of individuality,” according to Artinian. That brand identity hasn’t changed in the brand’s almost full decade in business. 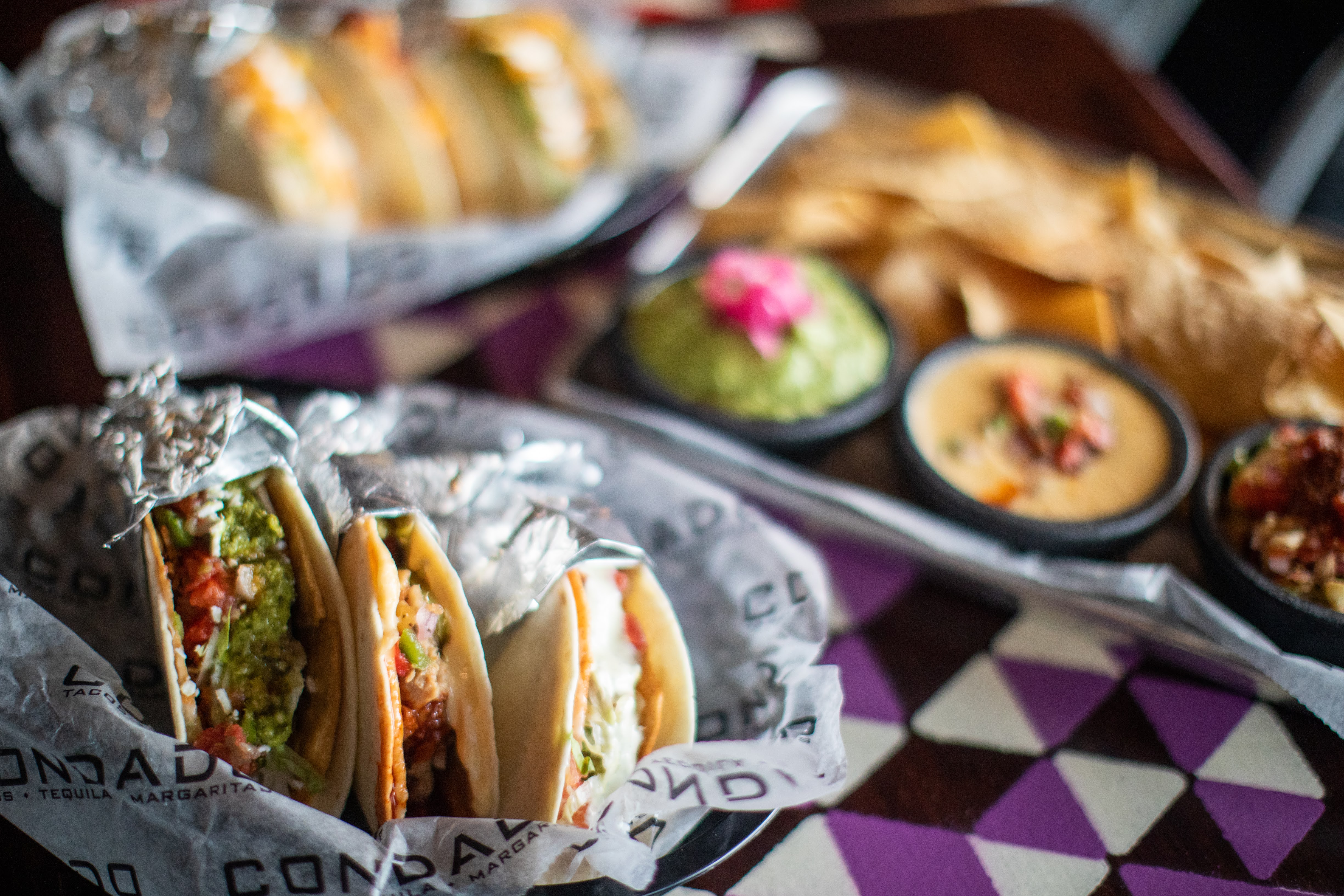 And it’s grown in that time, too. The restaurant currently has 34 units, planning five more this year to bring the unit count to 39. Over the next few years, Condado Tacos hopes to open 12-15 more stores on a consistent basis year-over-year.

What’s it like being a Midwestern brand in this environment? Artinian has an answer for that.

“The Midwest has been a great growth vehicle for restaurants over the last several years and you know, I think if you if you really look at it, it’s been the birthplace of a lot of chains that you know, that people have come to appreciate,” he said.

Condado Tacos, while having locations in larger cities like Columbus and Pittsburgh, is taking time to appreciate the smaller, underserved cities that don’t get the attention of the larger ones when it looks to expand.

“We have found that these markets in the Midwest have been underserved candidly, and they’re growing by leaps and bounds over the last few years, which is really exciting to see,” he said.