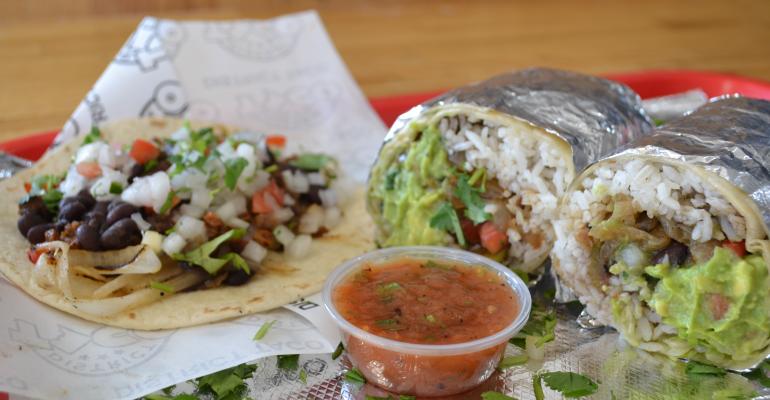 In the 13 years since its founding, District Tacos has expanded into brick-and-mortar and the two founders are now franchising the business.
News>Regional Chains

Bringing the food of the Yucatan Peninsula to the masses

District Tacos started as a food truck in D.C. and has now begun to franchise

In the 13 years since, District Tacos has expanded into brick-and-mortar and the two founders are now franchising the business.

What makes the concept unique are the flavors, which come straight from Hoil’s native Mexico, specifically the Yucatan Peninsula.

“I was raised in the Yucatan Peninsula and brought the recipes my mother used to create our food truck-based business,” Hoil wrote in an article published by District Taco. “Now with 15 brick-and-mortar restaurants, we receive online comments about our food not tasting like the Mexican food customers have tasted before or are used to from other restaurants. We know that’s most likely because they’ve only been exposed to Tex-Mex or Americanized Mexican cuisine. We want to introduce those people to a variety of authentic Mexican food that is made of fresh, simple ingredients and prepared the way of my ancestors.”

Hoil and Wallace were originally neighbors when they began this business together. Wallace was fascinated and delighted by Hoil’s cooking skills and the flavors from the Yucatan.

“I knew how special his cooking was,” Wallace told Nation’s Restaurant News.

That special cooking includes house-roasted tomatoes and chilies from local farmers, plus the breakfast tacos that the concept initially started with, made with local, cage-free brown eggs.

The two decided it was time to franchise in 2020. The process was slow going, however, because they wanted to do it right.

They eventually settled on a traditional franchise model, but it still took time before moving forward.

“There was a smart decision for us to wait till we had all our ducks in a row before we jumped into it,” Wallace said.

The brand just signed a five-unit franchisee in the D.C. market, and a 10-unit deal in the Virginia Beach area.

District Tacos is now looking to expand north to New York, south to Florida, and as far west as Kentucky and Ohio.