“We are so excited to have Jeff join our Biscuitville family,” said Greensboro, N.C.-based Biscuitville president and CEO Kathie Niven in a statement. “As Biscuitville continues to expand, we know our technology — from point of sale to inventory management — needs to be best in class to help our teams deliver the premium experience that our guests deserve and expect. Jeff’s extensive background can help Biscuitville continue to elevate our guest experience.” 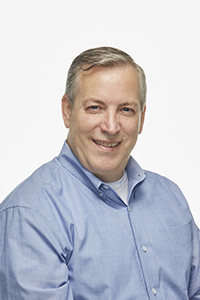 Archer, left, began his career while serving in the U.S. Army as a member of the Army’s Missile Guidance System team, and eventually joined the unit that assembled portions of the Columbia, Discovery and Atlantis space shuttles. He then joined Walt Disney World, where he spent 20 years in photo-imaging, IT project management and overseeing point-of-sale. Since his time with Disney, Archer has worked in various senior IT roles for industries ranging from quick-service restaurants to retail start-ups.