Greg Creed on Taco Bell: ‘I’m really happy with how the brand is being run’

KFC, Pizza Hut and Taco Bell, which have a combined 46,000 restaurants around the world, are leaders in their respective categories.

Taco Bell is a culture-creating brand that raises the bar in every aspect of its business. KFC is a legacy fast-food chain with an authentic history tied to its iconic founder. And, despite its struggles, Pizza Hut is delivering a much-improved food and digital experience to once-frustrated customers.

“I couldn’t be a happier CEO to stand with these brands,” Creed told a group of investors Wednesday during an Investor Day held in New York.

Creed highlighted Yum’s two-year journey to transform the business during the Investor Day meeting, the first in two years. Initiatives have included a massive refranchising program across all three brands that led to 150 deals generating more than $2 billion in sale proceeds.

At the event, and during a post-conference interview with Nation’s Restaurant News, Creed discussed Taco Bell’s new leadership, the importance of delivery and how Yum will take advantage of the company’s unprecedented scale. 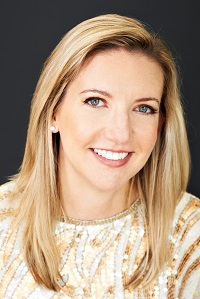 On Wednesday, five of the presenters were recently promoted into their new division roles, including Taco Bell’s co-presidents Julie Felss Masino, left, and Liz Williams.

Most other companies might not want to put such a large slate of rookies before investors. But, Creed pointed out that his team comes from a “deep bench” of leaders. He said the company prides itself in grooming executives to take over multiple roles within the company including crossing over from one brand to another.

“The great thing about us is we do a lot of bench planning,” Creed said.

Creed is a product of that planning. While he was CEO at Taco Bell, he said he was being considered as a possible successor to lead the Louisville, Ky.-based parent company. That eventually happened when Creed replaced David Novak as Yum’s CEO on Jan. 1, 2015. Creed was then replaced by internal hire, Brian Niccol.

“I couldn’t be more proud to lead this team,” he said.

Taco Bell: Will the brand ever name a CEO?

When Niccol left for Chipotle Mexican Grill in early 2018, Wall Street and Taco Bell insiders wandered: Who would take over for the dynamic leader?

To date, Taco Bell has not named a new CEO. Instead, the job has been split between two veterans who have proven they can tackle the new roles. 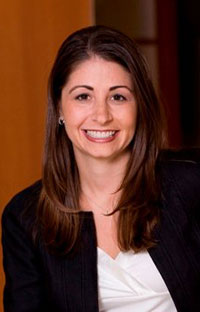 Williams, left, formerly Taco Bell’s CFO, has overseen the brand’s international development since last year. She is president of that division, while Masino tackles domestic operations as president of Taco Bell North America.

“We need to have great athletes, and when we do deploy them, we may have three to four people we can put in one job,” he said.

Williams and Masino both report directly to Creed, which he said is not “particularly difficult” because he understands the culture at the Irvine, Calif.-based company.

“Julie and Liz are very focused as well as being collaborative,” Creed said.

At the investor event, Creed said Yum’s “ability to collaborate will set us apart from our competitors.”

While the leadership structure could evolve at Taco Bell, Creed said “at the moment” he has no immediate plans to rock the boat. In fact, he said he would “argue” that Taco Bell’s results have improved since the duo took over as co-presidents.

Taco Bell reported a 5-percent gain in systemwide same-store sales in its latest quarter, ended Sept. 30. In the same period a year earlier, the chain reported a 3-percent increase. The chain posted a 2 percent same-stores sales gain in the fourth quarter of 2017, Niccol’s last earnings before leaving for Chipotle.

“Right now, I’m really happy with how the brand is being run.” 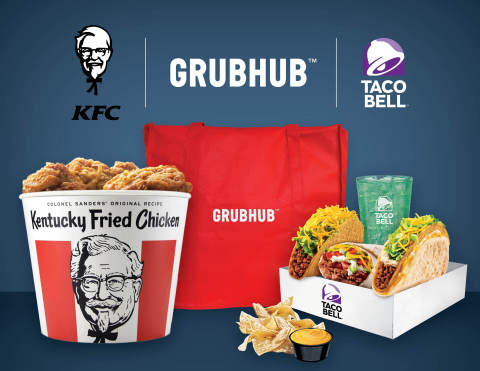 One of the goals Creed discussed at the investor conference was taking better advantage of Yum’s “unprecedented scale.”

“I actually think we’re just recognizing the power of what scale means to us,” he said.

One example where Yum is seeing a big advantage is the company’s investment in Grubhub. In February, Yum took a $200 million stake in the Chicago-based delivery operator to accelerate its U.S. delivery network.

That capital investment gives Taco Bell and KFC a huge advantage because of the reduced fees. Creed declined to discuss the negotiated rate, or Grubhub’s cut, per order. But, he did say, franchisees are making money from delivery.

“The first transaction is profitable, and we don’t believe anyone else can make that claim,” Creed said.

He said Pizza Hut’s purchase of the QuikOrder online ordering platform is another example of leveraging the company’s scale.

QuikOrder initially will continue to serve Pizza Hut’s online ordering platform. Once that systemwide rollout is complete and customized for Pizza Hut, Creed said: “From there, we want to bring them into Yum family.”

Taking the long view on delivery

Creed said being in the delivery space is a long-term investment.

And, it’s not just an investment in millennials, who no doubt, like the ease of doorstep delivery, he said. In an industry struggling from repeat visitors, Creed said delivery results in incremental sales, and higher average checks.

“That’s a really good business for us to be in,” he said. 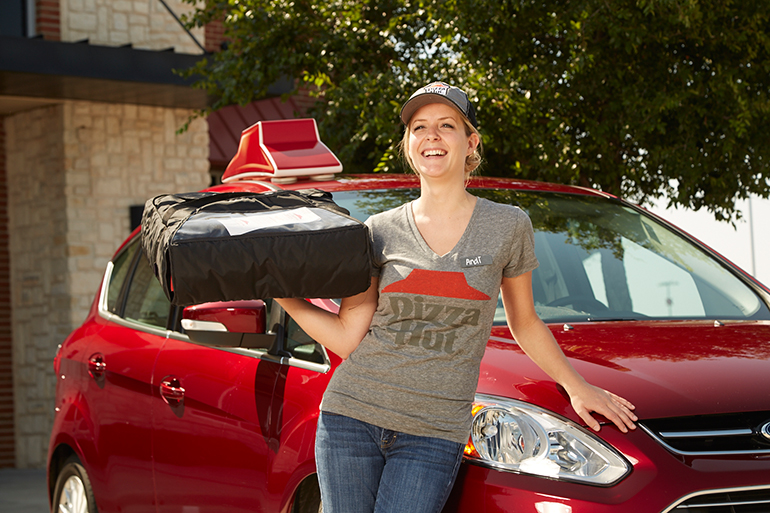 But Creed said the delivery conundrum is “understandable” in parts of the country where legacy “red roof” dine-in Pizza Hut restaurants still exist. Creed said changing this mindset is not a problem “where marketing will do the job.”

The key will be a major pivot of the “asset base” to it smaller “Delco” format. The company has built 600 of these delivery and carryout-focused restaurants in the last 12 months.

In the U.S., where the company operates 7,500 restaurants, Pizza Hut is also experimenting with fast-casual Delco locations. These stores offer some dine-in capacity.

As consumers see more of these carryout/delivery-focused formats, perception will change. But, it’s not going to happen overnight, he said.