“This global powerhouse saw widespread strength, coupled with standout performances in some of our larger markets,” Creed told investors during a Wednesday morning conference call.

In the U.S., Creed said KFC delivery is now available in 2,200 restaurants through Grubhub. He said most orders are coming at dinner, where larger family packs are popular. He called the KFC classic bucket an “incredible delivery device” as food shows up piping hot.

“I always jokingly say I think the Colonel 60 years ago invented the bucket realizing one day we’d delivery it.  It’s the perfect delivery vehicle,” he said. 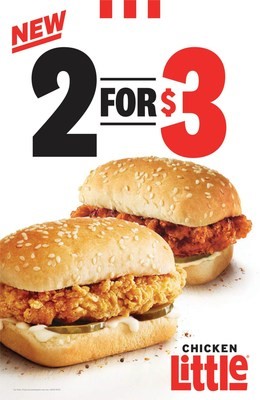 Sales in the U.S. were driven by value promotions such as offering the 1-pound KFC Famous Bowl for $3 and a 2 for $3 Chicken Littles deal. The average Chicken Little price is $1.81, KFC representatives said when the deal launched earlier this year.

Taco Bell also contributed to Yum’s strong quarter with a 4% gain in same-store sales, compared to a 1% gain in the same quarter last year.

In the U.S., same stores sales grew 5%, driven by the brand’s unrelenting focus on value. During the quarter, the Irvine, Calif.-based chain introduced the $1 Grande Burritos: Chicken Enchilada Burrito and a Three Cheese Nacho Burrito. The LTO helped boost sales as did the return of Nacho Fries, which broke new product records last year when it was first introduced.

Creed said the seasoned fries, which come with a side of nacho cheese dipping sauce, are so popular that one in every four orders includes Nacho Fries.

The Nacho Fries will be honored later this month by Nation’s Restaurant News as the 2019 MenuMasters winner for best new item.

Pizza Hut remained Yum’s worst performer as it logged flat same-store sales for the quarter compared to a 1% gain for the same quarter last year.

In the U.S., offering “innovation at a great price” through programs like the revamped $5 menu are a key part Pizza Hut’s turnaround strategy, Creed said. The $5 menu was re-introduced last year to improve franchise profitability.

Still, Creed said sustainable improvements in sales growth will be a “slow build” as the brand continues to make its “messaging” more distinctive.

Gibbs said franchisees, so far, are really excited about having more control of real-time menu enhancements through the QuikOrder technology.

While such a small pilot is not having a massive impact on the business, Yum leaders said the brand is getting new customers through the Grubhub marketplace.

“That’s why we are excited about the test,” Gibbs said.

Creed said entering the third-party delivery space is important because the demand for delivery through aggregators like Grubhub is growing and having “a negative impact” on Pizza Hut.

“It’s hard to measure what the cannibalization effect is of aggregators on Pizza Hut,” he added.

The earnings decline was driven partly by the Grubhub investment and a drop in refranchising revenue compared to last year.