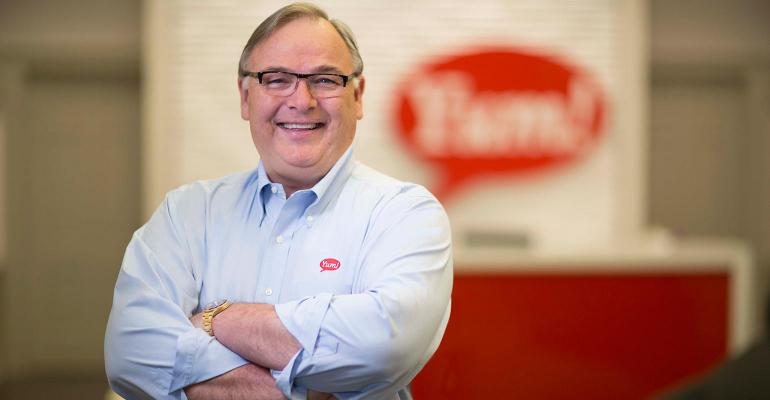 David Gibbs, the company's current president and chief operating officer, has been tapped to replace Creed who informed the board of his retirement plans last week. Creed, former CEO of Yum division Taco Bell, has served as Yum CEO since January 2015.

Gibbs, who was promoted to the role of COO earlier this year, will assume the role of CEO on Jan. 1, 2020; he will take a seat on the board, effective Nov. 1.

“David is the right leader. There is no better person that can take this brand forward,” Creed said Monday in a phone interview with Nation’s Restaurant News.

Creed, who made the decision to retire after turning 62 earlier this year, will remain CEO through the end of 2019. He will also serve as a part-time Yum advisor next year and remain on the board.

During his tenure at Yum, Creed successfully executed the 2016 spinoff of Yum China and led a major refranchising effort across the company’s portfolio, which includes Taco Bell, KFC and Pizza Hut. Roughly 98% of the company is now franchised, compared to 77% in October 2016. He's worked with Yum's brands for 25 years, and was with the company prior to the 1997 spinoff from PepsiCo. He rose through the ranks and was named CEO of Taco Bell in 2011. Creed replaced David Novak as Yum’s CEO in early 2015.

“Greg Creed is one of the most talented and passionate brand builders in the restaurant industry today,” Brian Cornell, Yum board chairman and CEO of Target Corp., said in a statement. “On behalf of the Board of Directors, I want to sincerely thank Greg for his focus on building great brands, strengthening franchise capabilities, expanding the company’s global footprint and leveraging Yum! Brands’ world-class culture and talent to fuel results.”

Though Creed is proud of the company’s transformation success, he said the most fulfilling part of the job has been working “with amazing and talented people” tasked with creating culture leading brands.

“The most pleasure and joy is just seeing people grow,” Creed said.

Among them is Gibbs, who Creed called his “wingman” for three years.

This is the second promotion in less than a year for Gibbs, who has worked with all three Yum brands for more than 30 years.

During a phone interview, Gibbs said he’s “incredibly grateful” to work with Creed for many years.

“The mark of a great leader is someone who leaves the business in better shape than when he came,” Gibbs said.

However, he said “there’s lots of unfinished business.” 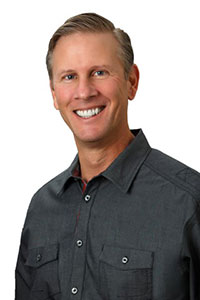 Specifically, Gibbs said Yum, whose three brands serve 15 million people a day, plans to elevate the customer experience through technology. The company will look at everything from kiosks to automation to artificial intelligence when developing frictionless digital strategies.

“Those [technologies] are all on our radar,” Gibbs said. “Customers want the easiest possible experience. We’re going to evolve to make sure we provide a world class customer experience.”

Taco Bell and KFC have consistently contributed to strong sales gains for Yum over the past few quarters. Pizza Hut’s U.S. division continues to struggle, though same-store sales did improve in the company’s latest quarter.

“We’re migrating. We know that delivery and carryout is growing all arond the world. The challenge is to get out of the [dine-in] assets that don’t make much sense today,” he said.

Update: This story has been edited to include more details and phone interviews with Greg Creed and David Gibbs.