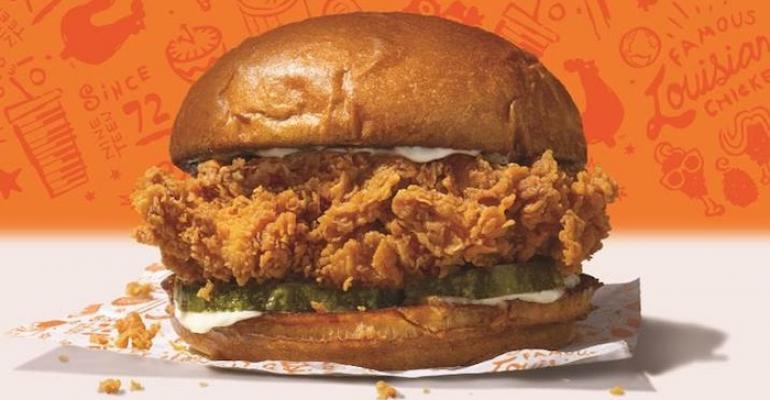 Popeyes celebrates a year of the chicken sandwich that started the Chicken Sandwich Wars.
News>Quick Service

Popeyes Louisiana Kitchen is getting a jump on the New Year as it celebrates the one-year anniversary of launching its popular chicken sandwich and debuts a new advertising campaign.

Popeyes, a division of Toronto-based Restaurant Brands International Inc., on Wednesday is celebrating the tweet — directed at competitor Chick-fil-A — that launched its massively popular chicken sandwich, which sold out and had to be reintroduced later in the fall.

The company has credited the sandwich with helping it weather the coronavirus pandemic with large same-store sales gains.

“Comparable sales growth was particularly strong in the U.S., rising nearly 30% for the quarter,” Cil said in a May earnings call. “Performance in Popeyes varied substantially before and after the onset of COVID-19 in the U.S. but saw the least impact relative to our other brands.” RBI also owns the Burger King and Tim Hortons concepts.

While 2020’s sales performance at Popeyes has been strong, the company said 2020 has had its share of challenges, from COVID-19 to toilet paper shortages. 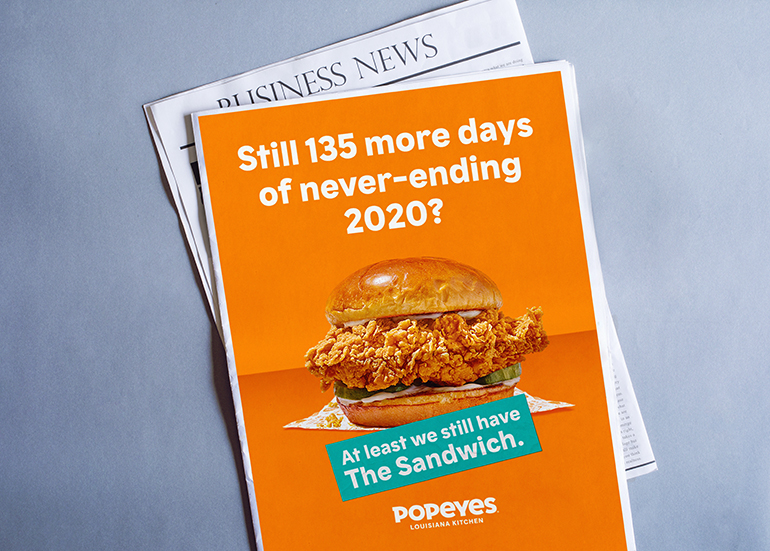 Starting Wednesday and throughout the month of August, Popeyes will launch a countdown to 2021 by kicking off the Times Square ball drop — four and a half months early.  The marketing will be supported by social media, newspaper advertising and lighted signs in New York City’s famed square.

Aug. 19 marks the day when Popeyes ignited the chicken sandwich craze by tweeting “Y’all good?” at Chick-fil-A. Playing off that celebrated Tweet, the brand is now asking: “2020 – Y’all Good?”

The brand is also waiving delivery fees for the day for those who want to order in a socially distanced manner. The company did say prices are higher for app-ordered delivery of the sandwich than in the store.

The brand has sold 203 million chicken sandwiches in the past year, Popeyes said. The division’s same-store sales in the second quarter rose 24.8% despite COVID-19 restrictions.