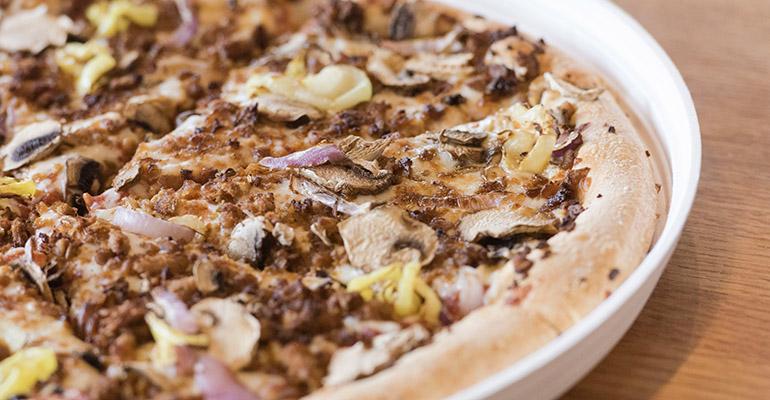 Will they, or won’t they? Domino’s, McDonald's talk plant-based strategy

Plant-based menu items, either permanent or limited-time offers, are driving more consumers into restaurants including Millennials — a demographic the industry craves the most, according to new research by The NPD Group and Datassential.

“Since the core consumer groups for plant-based dairy and meat alternatives are younger, NPD forecasts that plant-based foods, to varying degrees, do have staying power,” market research firm The NPD Group said Monday in a new plant-based foods report.

Burger King, Del Taco, White Castle and Red Robin Gourmet Burgers have led the plant-based craze by adding products to menus systemwide. On Monday, Denny’s restaurants in Los Angeles joined the movement by adding a Beyond Meat burger (left) to their menu. The family-dining full-service chain said the Denny's Beyond Burger will land on menus nationwide in 2020.

All are exploring plant-based foods. Though, in the case of Domino’s, the brand’s research has remained in-house, CEO Ritch Allison told reporters during a media event held at chain’s headquarters last week.

For the brand to adopt a plant-based food, Allison said the item would have meet the chain’s high standards for value and taste.

“We need a product that consumers love and that we can be proud of,” he said. 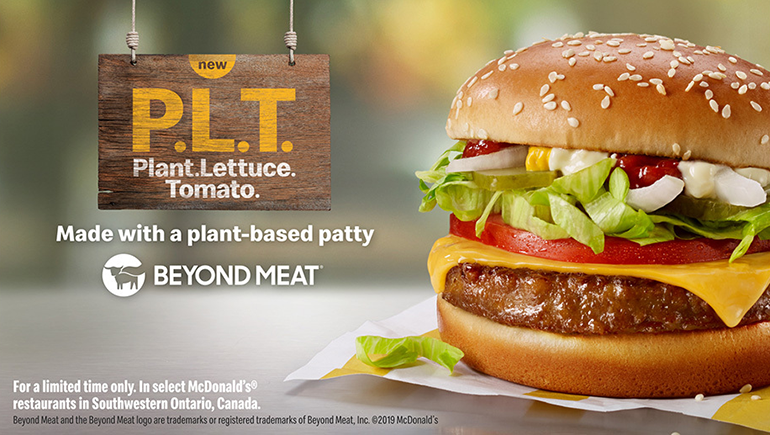 McDonald's is testing a Beyond Meat vegan patty in Canada.

The division of Yum Brands tested a plant-based sausage topping at a store in Arizona last week.

The LTO pizza featured an Incogmeato Italian sausage made by MorningStar Farms, and was served in a round compostable box. Most consumers told the brand that they couldn’t tell difference after trying the plant-based sausage during the one-day test.

“Pizza Hut sold out the product in one day and received rave reviews,” the brand told NRN in a statement.

No word, however, on a systemwide rollout. “We’ll keep you posted,” the company said.

In September, McDonald’s began testing a Beyond Meat vegan patty in Canada.

During the Chicago-based chain’s Oct. 22 third-quarter earnings call, CEO Steve Easterbrook said the 28-store test is still in its early stages of testing.

Easterbrook said Ontario is a “great spot” for testing and will help the brand “speed up our intelligence” on how North America and Europe will respond to the product.

Flavor is important to a successful plant-based menu launch, according to NPD.

“First and foremost taste is king when considering entering the plant-based food category,” Darren Seifer, NPD food and beverage industry analyst, said in a statement released Monday. “Attributes such as health and convenience go far to drive consumption, but if the flavor profile falls below consumers’ expectations, then the product will likely have a short run.”