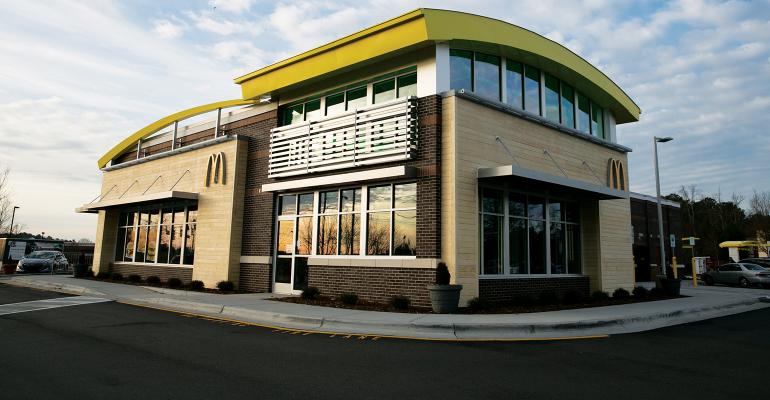 Why McDonald’s is going big into delivery

McDonald’s Corp. announced another expansion of its delivery service through UberEats into more than 2,000 locations around the country on Wednesday, and said it plans to have delivery in 3,500 locations by the end of June.

The expansion is part of the company’s rapid adoption of a service that it believes will increase check average and make the company more desirable to younger consumers who want their food brought to them.

Traditionally, McDonald’s gets much of its business in the morning or at lunch, so adding sales in the evening or late night takes advantage of traditionally weak dayparts, Easterbrook said.

“We have an opportunity to grow dayparts with underutilized capacity,” he said.

McDonald’s also believes that it can do delivery more effectively than many other chains because the locations are near so many people. McDonald’s has 14,000 locations in the U.S., and 75 percent of the population lives within three miles of a McDonald’s.

That means the company can get the food to consumers quickly. That’s a major advantage, executives said.

“I say this from experience as one who orders delivery a lot, one of the most important things in speed,” CFO Kevin Ozan said at the Bernstein conference. He said most people could get their food less than 30 minutes after order. “You never get that. It’s usually an hour, whether you’re ordering pizza or Chinese food or anything else.”

Speed is one of the filters UberEats uses, and McDonald’s consistent ability to get orders to customers quickly will give it a higher listing on those filters.

“It’s down to speed, and McDonald’s naturally bubbles to the top,” Easterbrook said. “We’ve got more restaurants closer to the population than anyone.”

Delivery is the single, biggest trend in the restaurant business at the moment, with restaurant chains in a wide variety of segments looking to deliver food directly to consumers.

“The market is growing dramatically,” Easterbrook said. “We should have a slice of that.”