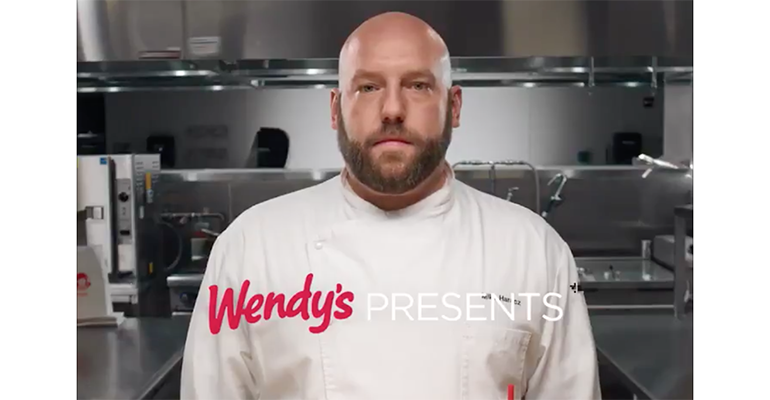 Wendy’s is attacking McDonald’s like never before on Twitter. The Ohio-based quick service brand that calls itself “The Queen of Clapback” has been known for “throwing down” on Twitter for brand marketing before, but launching an official campaign this way is a new move.

On Wednesday, the brand posted a video featuring a former McDonald’s corporate chef showing “what breakfast is supposed to taste like” according to the brand’s Twitter.

Who is the chef daring to cross the social media picket lines? His name is Mike Haracz.

Haracz used to be the corporate chef at McDonald’s, where he was instrumental in bringing back Szechuan Sauce in 2017. After leaving in August of 2019, he remained relatively quiet about the brand’s competitors on social media until this week. He teased involvement with the new Wendy’s campaign the day before his video debuted on Twitter.

This was the same day Wendy’s unveiled the official launch date of its breakfast menu.

What exactly is this video that has the internet buzzing?

The main video begins with classical music as Haracz approaches a kitchen while shots of breakfast ingredients are interspersed with the chef’s thoughts, such as “maybe Wendy’s should stick to what it’s good at.”

He tries the Breakfast Baconator, though he has “many doubts,” and a slow motion shot of him enjoying the sandwich is on the screen while the song’s crescendo plays. The video ultimately concludes with Haracz exclaiming “Holy s***, this is great”.

The internet clearly enjoyed the Haracz’s “traitorous” nature and couldn’t help but poke fun at the mashup. The campaign reminded fans of one of the greatest brand ambassador betrayals in history: the Verizon “Can you hear me now?” man becoming the Sprint spokesman.

This is as big if not bigger than the “can you hear me now guy” defecting to sprint. 2020 is wild!

As of publication time, less than one day after posting, it has over 180,000 views.

Maybe you’ve had a chicken biscuit, but you’ve never had anything that matches the Honey Butter Chicken Biscuit. Hey Mike, sup? pic.twitter.com/EGDJpwCfBc

No more doubts, no more hesitations, Frosty-ccino is the thing you’ve been missing in your morning. Pretty sure our boy Mike can’t wait for this one. pic.twitter.com/9neoivhSqy

And a sampling of all three:

Boom! Aced the test, didn’t even study. Shout out to former McDonald’s Chef @Mike_Haracz for joining the #WendysBreakfast party. pic.twitter.com/6ZXfekD0QG

McDonald’s has not responded on social media since the release of Wendy’s campaign on Feb 4.