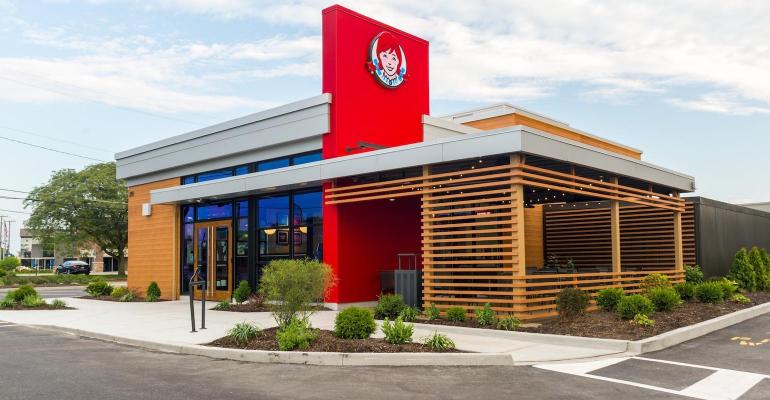 A reduction in the number of planned delivery-only Reef Technology units led The Wendy's Co. to reduce its growth plans through 2025, executives said Wednesday.

The Dublin, Ohio-based burger brand, which released earnings for the second quarter ended July 3, has scaled down its plans announced last August for 700 Reef delivery kitchens over five years in the United States, Canada and the United Kingdom.

“As the second quarter progressed, we reevaluated our Reef development commitment,” said Todd Penegor, on a second-quarter earnings call. “We now anticipate that Reef will open approximately 100 to 150 Wendy's delivery kitchen locations by the end of 2025 with the majority operating internationally in Canada and the U.K., where sales volumes have continued to meet our expectations.”

Penegor said the reduction was “due to a change in Reef’s growth strategy, which includes a shift to operating multiple brands from its locations and some recent challenges with opening Wendy's delivery kitchens in certain locations in the U.S.,” which he cited as permitting difficulties.

Because of the Reef development reduction, Penegor said 2022 net unit growth will be 3% to 4%.

“We will continue to test and learn with Reef with a focus on densely populated, high0potential markets,” he said. “We remain committed to expanding access to our great brand will continue to be a leader in innovative non-traditional concepts alongside many franchisees across the globe.”

Gunther Plosch, Wendy’s chief financial officer, said the company ended the second quarter with about 70 Reef units and expected to end the year with about 65.

Reef issued a statement, saying, “Wendy’s has been an early adopter of the Reef model and one of the most forward-thinking of our partners. We are excited to continue innovating together with a focus on doubling down internationally, where we’ve seen very strong economics in our current partnership.

"As Reef continues to focus on profitable growth," the company said, "we are committed to increasing productivity and efficiency by delivering multiple brands from every kitchen in our ecosystem. When deploying our multi-brand model, we have already seen the average sales per kitchen double over the last year.”

Plosch said Wendy’s commodity inflation was about 19% in the second quarter and labor inflation was 12%. The company plans to take a 2% price increase in the third quarter, but he added that previous price increases did not appear to impact flow-through.

Plosch said the guidance for the year called for 15% inflation in commodities. About 90% of the brand’s commodities are under contract, he added.

Penegor noted that Wendy’s “value will continue to be important,” but it has seen promotions like the $5 Biggie Bag lead to some trade-up in menu purchases.

“We're really seeing our premium and value hang in there quite nicely,” he said, “And importantly we held our traffic share with the under $75,000 consumer in the second quarter.”

The company had success with its Strawberry Frosty and Strawberry Salad limited-time items and expects breakfast to get a boost in mid-August with the introduction of French Toast Sticks.

Penegor said break-even for breakfast sales was about $2,000 per week per restaurant, and average sales in the first quarter were $2,500 and in the second quarter $2,700. All but five restaurants have opted into the breakfast daypart.

The company has announced plans to advertising the breakfast daypart with a $16 million spend in the United States and Canada.

“We look to capture our fair share of the massive QSR breakfast business,” Penegor added. Breakfast was introduced systemwide in March 2020.

Wendy’s revenues rose to $537.8 million from $493.3 million in the prior-year quarter. The company said the increase was primarily driven by higher sales at owned restaurants driven by the favorable impact of the acquisition of 93 franchise-operated restaurants in Florida during the fourth quarter and higher same-store sales.

Update Aug. 20, 2022: This story has been updated with Reef company comments.