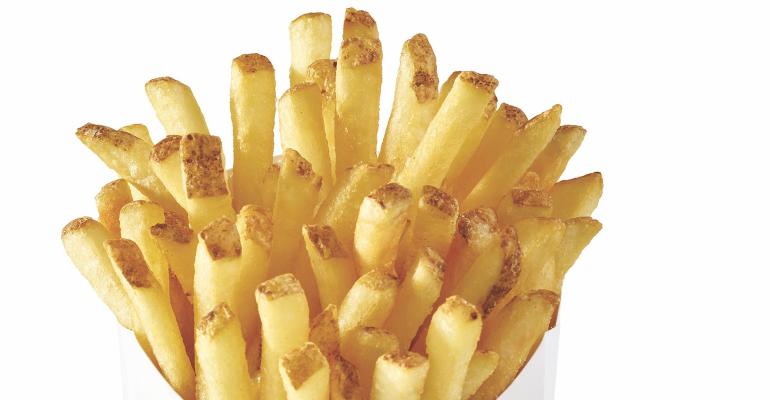 The Wendy's Co.
Wendy's is rolling out a new formulation of its French fries, and they are expected to be in the entire system by September.
News>Quick Service

New version of brand's No. 1 sales product is being rolled out now in the U.S. and Canada and will be in system fully by September

The Wendy’s Co. has reformulated its French fries, a project last undertaken in 2010, and the new products are rolling out to some markets now and are expected to be completed in September, the company’s culinary team said Thursday.

Culinary leaders from the Dublin, Ohio-based burger chain said the process of reformulating the skin-on fries was a months-long journey.

The new French fry was designed to retain heat and crispness for between 15 and 30 minutes to accommodate the brand’s growth in drive-thru, carry-out and other off-premises sales channels, said John Li, Wendy’s vice president of culinary innovation.

“They are cut above, literally,” said Emily Kessler, Wendy’s senior specialist for culinary and innovation, in a Zoom press conference Thursday. “And that's because these not-exactly-square French fries are by design.

“One side is built with a thicker side, and it's built for heat retention, while the other side is thinner and that’s really to enhance crispiness because we know our customers want hot and crispy fries every time,” Kessler said.

The company last overhauled its fries in November 2010 when it moved to skin-on potatoes.

“Emily and the whole cross-functional team have spent months and months and months on perfecting the best hot, crispy French fry,” Li said, “and we finally have it. … We put some really hard effort into this with a lot of blood, sweat and tears but to actually end up with a fry that is nearly two-to-one preference versus our primary competitor McDonald's, it's pretty exciting.”

Li, who admitted to enjoying a squiggle of ketchup on each of his fries, said, “Soggy fries don't make for a very good eating experience when you try to do that.”

Besides specifying the unsquared cut, Wendy’s adds “a whisper” of coating to enhance the crispiness, Kessler said. While the fries are gluten free, they are cooked in the same hot oil as the chicken, which is battered and does contain traces of gluten.

The hold time of 15 to 30 minutes for the fries also helps address the off-premises challenge of moisture getting into the potatoes.

“We know COVID changed the game when it comes to how our customers are getting their food,” Kessler said. “That accelerated the need to develop to make sure our fries are withstanding that delivery experience.”

Fries are not only the best-selling item on the Wendy’s menu, Li said, but they are the first product sampled by customers from the bag when they leave the drive-thru. “Our opportunity was to make sure that we were delivering our promise,” he said. 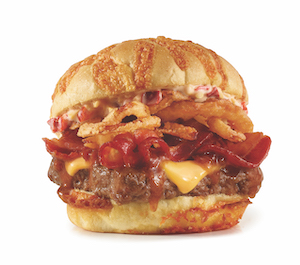 Wendy’s culinary team also said that next week it will add a Big Bacon Cheddar Cheeseburger to the higher-end “Made to Crave” menu, at a suggested price of $5.59 at participating restaurants.