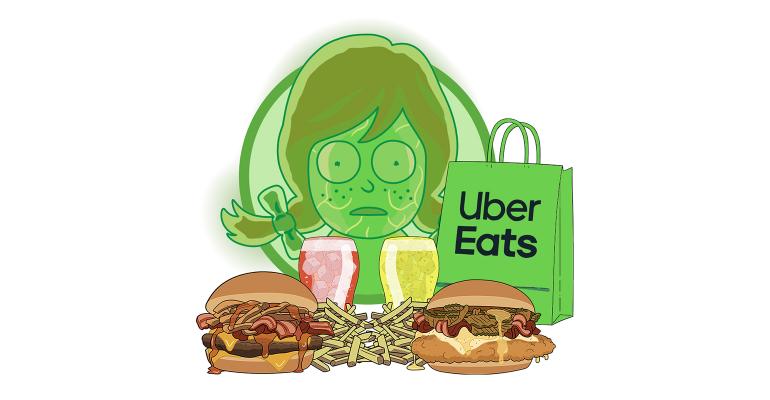 The Dublin, Ohio-based burger brand, which has partnered with the Emmy Award-wining series before, has created two Coca-Cola Freestyle drink flavors and is offering customer a chance to win limited-edition Rick and Morty’s-themed merchandise through the Uber Eats deals.

“Rick and Morty” is a popular adult animated science-fiction sitcom, based on a mad scientist and his grandson, Morty, that airs in the Cartoon Networks Adult Swim programming block.

The new season premiered Sunday, Sept. 4. Seasons 1 through 5 are available on HBO Max.

Wendy’s partnered with the series in season, and it is bringing back the Portal Time Lemon Lime Freestyle drink and introducing a new flavor: Froopyland Froopunch. Both flavors will be available at more than 5,000 Coca-Cola Freestyle dispensers in Wendy’s locations and on the Wendy’s smartphone app.

The limited-edition combo meals inspired by the hit show are available for delivery exclusively on Uber Eats.

Those two meals are:

Starting Tuesday, customers who order the Rick and Morty-inspired combo meals on Uber Eats will be entered for a chance to win, from hoodies and sweatpants to bucket hats.