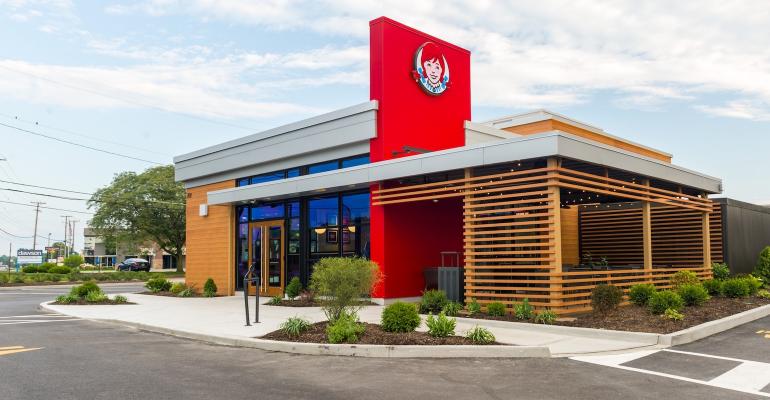 For the Dublin, Ohio-based burger brand, which introduced breakfast systemwide in March 2020, that was “our highest monthly mix of 2021,” said Todd Penegor, Wendy’s CEO, on a third-quarter earnings call.

“Our strong performance led to morning-meal-traffic-share gains within the QSR burger category,” Penegor said. “This growth was driven by the successful 2-for-$4 and $1.99 croissant trial-driving promotions. We believe this momentum will continue as we close out the year with our recently launched dollar biscuit offering.”

The breakfast daypart relies in part on commuters, and those workers are adjusting their morning routines, he said.

“Mobility is back,” Penegor said, “but the routines are just a little bit different, and we expect that will continue for quite some time.”

Wendy’s is seeing some sales shift to the 7 a.m. to 9 a.m. period, he said, “but our two biggest half hours are still the last half hours 9:30 to 10 and 10 and 10:30. So folks are using breakfast lot as a late-morning snack and starting to slowly shift into an earlier morning routine.”

“We remain confident in our ability to reach our breakfast goals and remain committed to invest $25 million in breakfast advertising this year to drive trial, and awareness, which we believe will set us up for further growth in 2022, and beyond,” he said.

Staffing challenges in the quarter did yield inconsistent dining room hours in the system, Penegor said.

Delivery providers are unable to enter the restaurant and must pick up orders in the drive-thru, he said, which creates “through-put challenges.”

“The great news is we start to see the applicant flow pick up a little bit going into the fourth quarter and we're starting to improve staffing a bit but not enough to get ahead,” Penegor said, “and truly where we need to be because it is tight out there.”

Digital business in the United States accelerated in the third quarter, he added, exiting the period with a mix of more than 8%.

“This was once again driven by gains in mobile ordering, and our strong delivery business,” Penegor said. “The growth in our mobile ordering business was supported by successful acquisition campaigns which increased our total loyalty program members by approximately 10% compared to the second quarter, reaching almost 19 million. We have now increased our total members by an impressive 7 million since the start of the year.”

Wendy’s is also working on an announced strategic partnership with Google,

“We expect this engagement will drive innovation around our one-to-one activation with customers and deliver better business analytics to drive enhanced insights,” Penegor said.

Besides breakfast and digital, a third area of focus for Wendy’s remained international development.

The brand returned to the United Kingdom with an opening in Reading in June. Penegor said U.K. sales were better than expected during the third quarter.

“We've now open several restaurants in the U.K. since the second quarter and we are in the process of bringing additional franchise partners into the family in the near future, which we are extremely excited about,” he said. “We anticipate having 10 restaurants open by the end of the year.”

Same-store sales in the quarter were up 2.1% in the United States and up 14.7% in international markets for a combined global increase of 3.3% over the prior-year quarter.