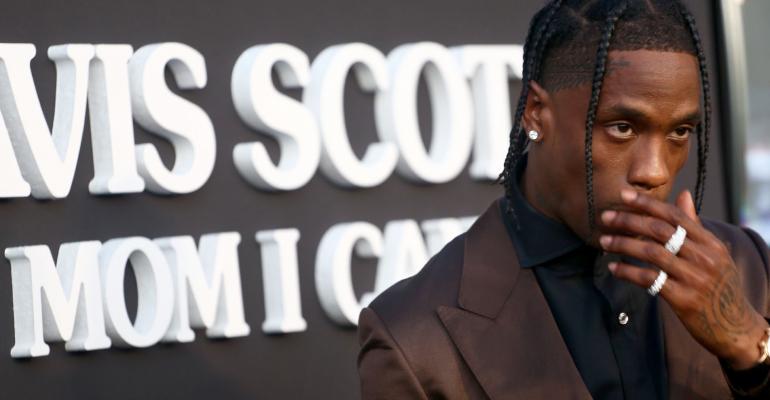 McDonald’s joins a fray of chains partnering with social-media stars on meal branding and virtual restaurants.

McDonald’s is naming a meal after rapper Travis Scott, the first time the quick-service restaurant chain has promoted a celebrity-branded meal since it served the McJordan, named for Michael Jordan, in 1992.

The announcement comes amid the Black Lives Matter movement and a few days after 52 former franchisees filed a discrimination lawsuit against the chain, accusing the company of steering Black owner-operators into underperforming locations.

McDonald's said the company has been working with Scott, a long time fan of the brand, for months.

"Travis is one of the biggest musical artists and cultural icons in the world, with widespread appeal and an especially loyal following among young people. We embarked on this journey because Travis is a true McDonald’s brand fan who resonates with youth all over the map," the company said.

From Sept. 8 through Oct. 4, McDonald’s customers will be able to buy The Travis Scott Meal. The $6 combo includes a Quarter Pounder with Cheese, bacon and lettuce and served with medium fries, BBQ Sauce for dipping and a Sprite.

“Travis is a true McDonald’s fan having grown up visiting our restaurants in Houston, not to mention one of the biggest musical acts and cultural icons in the world,” U.S. chief marketing officer Morgan Flatley said in a statement. “This is the first time in nearly 30 years we’ve introduced a superstar’s name to our menu.”

Jordan’s McDonald’s-branded burger was similar to the Travis Scott Meal. It included a Quarter Pounder with bacon and barbecue sauce with a side of fries and a drink.

By teaming up with the Houston-born celebrity artist and music producer, McDonald’s joins a fray of chains turning to social-media influencers to help boost revenues.

Other companies that have introduced celebrity tie-ins over the summer include that of veteran restaurateur Robert Earl. He launched in late July a virtual concept called Tyga Bites, named after the Grammy-nominated hip-hop artist.

Chipotle Mexican Grill has also offered pre-built meals by cultural influencers such as social media star David Dobrik, who had his favorite meal temporarily available on Chipotle’s digital channels. The company called it the Dobrik Burrito.

This week, Dunkin’ named a drink after TikTok sensation Charli D'Amelio. The beverage, dubbed the The Charli, is her go-to drink: Dunkin' Cold Brew with whole milk and three pumps of caramel swirl.

Powell said brands, especially older brands like McDonald’s and Dunkin’, work with young celebrities because they often have more influence than brands themselves “and many more followers on social media than a company typically has.

“In the social-media-sphere, word travels like wildfire, however, and if a celebrity runs counter to the brand image or gets negative attention, there is always the risk of bad publicity and dollars poorly spent,” he said.

Scott and McDonald’s will also be exploring opportunities to support charitable organizations during the Travis Scott Meal promotion period. In addition, customers might see workers sporting custom apparel designed by “Cactus Jack” during the promotion.

“I couldn’t be more excited to bring the Cactus Jack x McDonald’s collaboration to life,” Scott said in a statement. “We are bringing together two iconic worlds. I can’t wait for people to see what we have in store.”

The meal can be purchased inside the restaurant for carry-out, at the drive-thru or via the brand’s app.

Update: This story has been edited to include an additional statement from McDonald's about the timing of the promotion, and to update timing of Tyga launch.