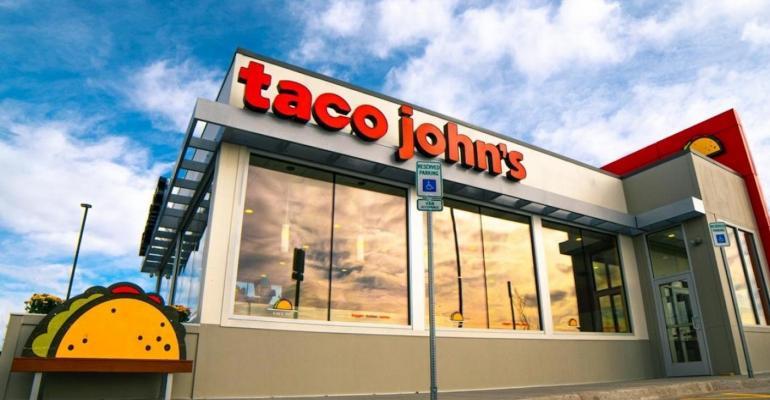 Kocer will oversee Taco John’s day-to-day operations, assist with its expansion plans and technological upgrades, and serve as a mentor to leaders within the brand and franchise system. Kocer brings nearly 30 years of restaurant industry experience and has experience working with large, successful brands such as Arby’s, KFC and PepsiCo.

“We are thrilled to add a quality person and leader like Mark to our executive leadership team,” said Taco John’s President and CEO Jim Creel. “We take pride in the huge connection we have with our guests, and Mark, having grown up with our brand, will help us take that bond to the next level. His knowledge and expertise in various areas of the industry will be an asset to our internal team and franchisees.”

Kocer was most recently a division vice president for Arby’s, responsible for the management and operations of over 400 franchised restaurants and almost 300 company-owned ventures across 10 states. Under his leadership, the division generated over $1 billion in sales and was the top-ranked in performance and second in volume last year.

During his near 20-year career with Arby’s, Kocer served in various leadership roles including area supervisor, director of operations and senior director of operations. He eliminated redundancies, helped streamline the brand’s performance scorecard from 16 to nine initiatives, created and developed a national catering program and oversaw the implementation of several new technologies and operational processes.

Kocer began his career with PepsiCo, which owned KFC at the time, after a stint with the U.S. Army. He quickly ascended through the ranks, eventually serving as a senior area coach working with franchisees on developing their markets, twice earning the “Best of the Best” area coach award.

“Working for Taco John’s is a dream come true for me, as it’s a brand I have always loved and kept up with through the years,” said Kocer. “The opportunity to help the brand keep expanding while making our operations as efficient as possible is a challenge I look forward to meeting.”

Kocer will operate out of the new Taco John’s Restaurant Support Center in St. Louis Park. The brand recently opened the center to transition its operating, marketing and finance functions to the Twin Cities. He is graduate of Rasmussen College and received an honorable discharge from the U.S. Army in 1993. Kocer resides near St. Paul with his wife, Danita, and has strong ties to the Midwest and Pacific Northwest.

To find a location nearest you or view the menu, visit tacojohns.com.

Founded in 1969 in Cheyenne, Wyoming, Taco John’s® has been serving bigger. bolder. better. flavors for more than 50 years. Now, Taco John’s operates and franchises nearly 400 restaurants in 22 states – making it one of the largest Mexican quick-service restaurant brands in America. With bold originals like Potato Olés®, Taco John’s knows how to Olé The Day. Taco John’s prides itself on serving generous portions of its signature menu items that are made-to-order using fresh, high-quality ingredients, seasonings and sauces. The brand was listed No. 7 in the “Mexican Food” category on Entrepreneur’s “Top Food Franchises of 2022” and was recently recognized by QSR Magazine as a “Top 15 Chain Ready to Contend as Fast Food’s Top Players.” Taco John’s is led by CEO Jim Creel, who was named one of “The Most Influential Restaurant CEOs in the Country” by Nation’s Restaurant News in 2022. For more information, visit tacojohns.com and follow Taco John’s on Facebook, Instagram, Twitter and TikTok.