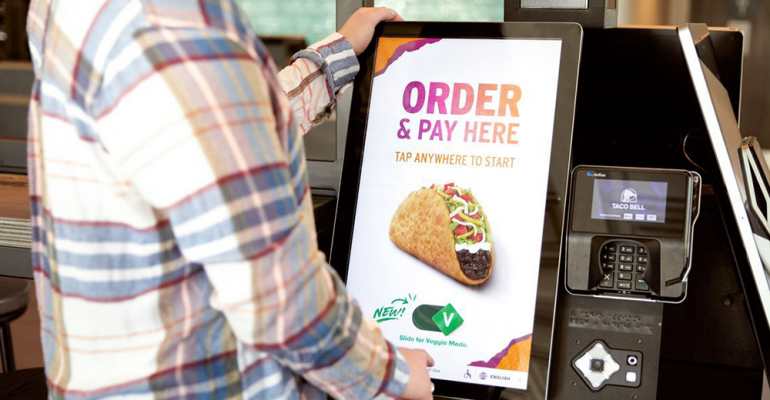 Though Taco Bell has yet to jump on the plant-based meat bandwagon, the Yum Brands division is taking another step to support the popularity of highlighting vegetarian foods on restaurant menus.

Starting March 12, customers ordering from a store kiosk will be able to filter for vegetarian items using a new feature dubbed Veggie Mode. Once activated with a single swipe, the touchscreen menu will display nearly 50 items certified by the American Vegetarian Association, more than triple the amount from six months ago.

In September, the quick-service chain debuted a Vegetarian Favorites menu, a four-item menu that included a new Black Bean Crunchwrap Supreme, a new Black Bean Quesarito, the 7-Layer Burrito and the regular bean burrito. The latter is the second most ordered item on the overall menu, behind the crunchy taco.

At the time of the vegetarian menu launch, Taco Bell had only 13 AVA-certified menu items. The Veggie Mode feature now displays nearly 50 AVA-certified items, which can be customized even further using 41 AVA-certified ingredients. 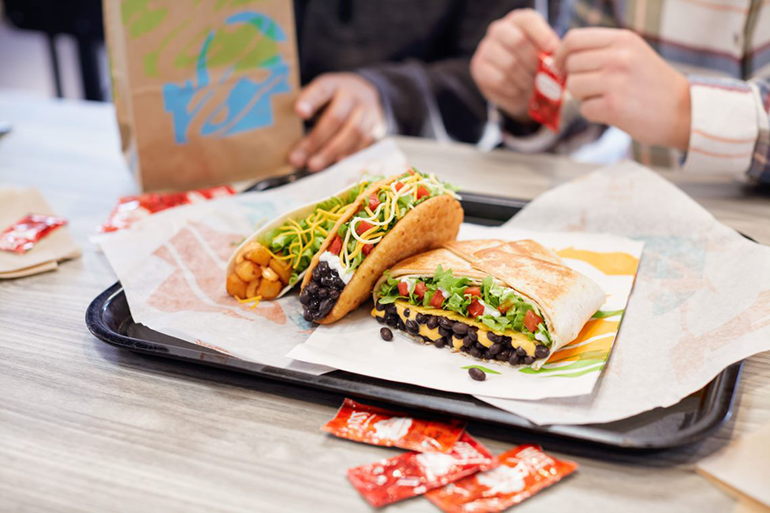 The Veggie Mode will display nearly 50 AVA-certified items such as the Spicy Potato Soft Taco, the new Black Bean Chalupa Supreme and the Black Bean Crunchwrap Supreme, all shown.

“We’ve been doing vegetarian for a long time, but that is not enough for us. People should be given more options than one plant-based choice,” Schaaphok said in a statement. “At Taco Bell, celebrating vegetarian is more than just a trend, it is something we do every day of the week.”

Does this mean Taco Bell will never add a plant-based meat from a third-party company like Beyond Meat or Impossible Foods?

In a recent interview with NRN, Taco Bell’s new CEO Mark King said the plant-based movement is hard to ignore.

“We definitely are going to do something with plant-based protein and probably by the end of the year,” he said.

The timing, deployment and marketing strategy is still to be determined.

“We're not sure exactly right now, but we are sure that we need to experiment with it even if it's on a smaller scale or in smaller products or regional,” he said.

The Veggie Mode is available only on kiosks, which are installed at roughly 6,800 U.S. restaurants.