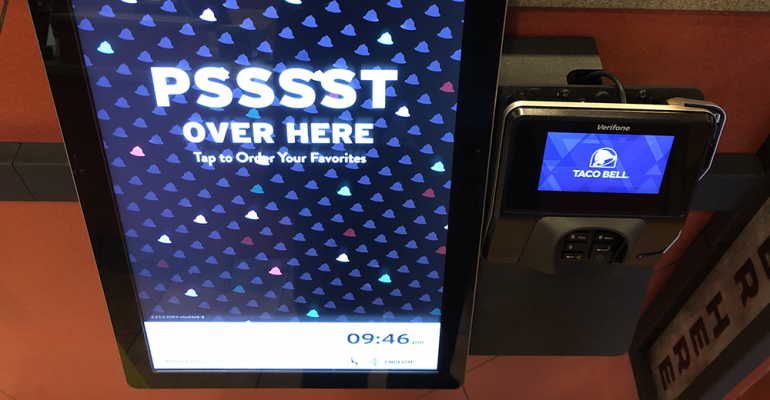 On the heels of rolling out delivery nationwide in February, Taco Bell has quietly installed kiosks in about 4,000 restaurants.

Rob Poetsch, spokesman for the Irvine, Calif.-based chain, said the brand is on track to complete the national rollout of kiosks by the end of this year. The company has about 6,600 U.S. locations.

Less than a year into the deployment, the new 22-inch monitors are already winning accolades. 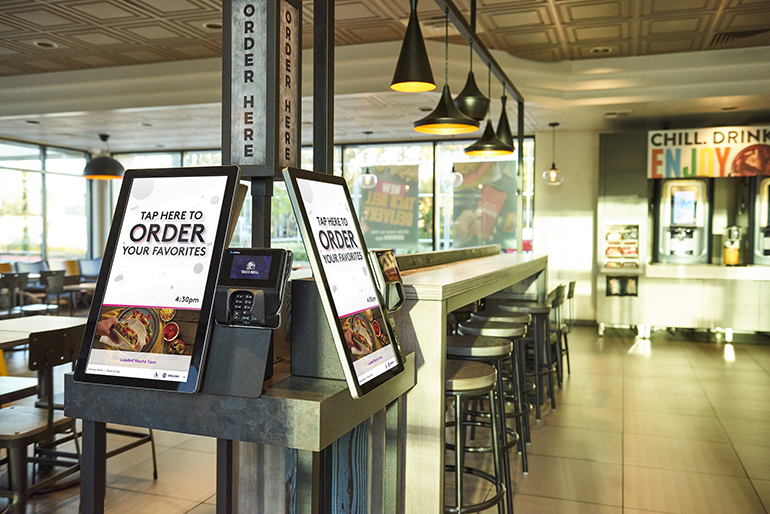 Taco Bell developed the application for 22-inch monitors by Elo, a global supplier of interactive technology solutions. Elo provides the chain with a secure cloud-based platform for remote management of the kiosks through Android devices.

For Taco Bell, the award is years in the making. The company has been testing various versions of kiosks, only recently settling on a format that it said works for its consumers.

“By partnering with Elo, we have succeeded in delivering a frictionless experience to our customers while streamlining our operations,” Hanna said in a statement. “We have unlocked the ability for our fans to make their menu items more cheesy, beefy, crunchy and more, all with the tap of a finger.”

“One of the things we realized very early on is that a lot of people love using the kiosk similar to the mobile app so they can actually choose their customization,” Masino said in April during a UCLA Extension conference. The Taco Bell executive spoke about kiosks and other brand innovations while accepting an Innovation Award at the 23rd annual Restaurant Industry Conference held at UCLA.

While personalization is not new to kiosks developed by other chains, Masino said Taco Bell went to great lengths to ensure it was as frictionless as possible. For example, if a customer wants to make a meal vegetarian, the platform doesn’t force the customer to make several clicks to replace proteins with beans. Instead, there’s a “vegetarian” button on the screen that a consumer can select to make a meal meatless in one click. 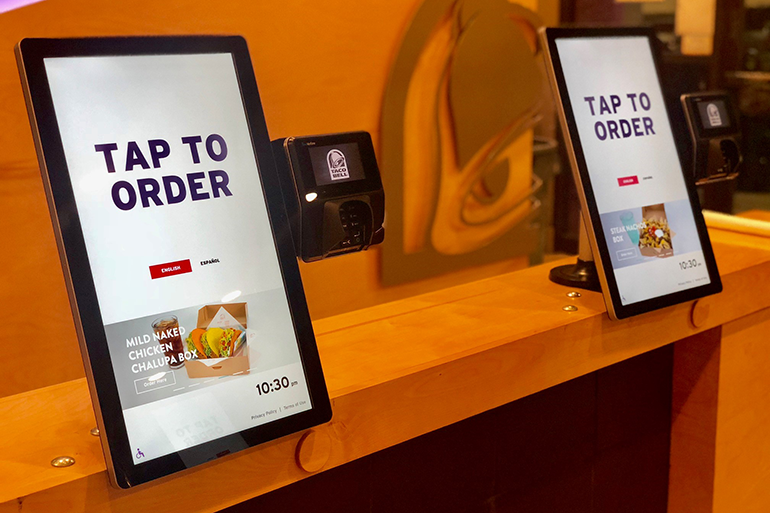 Taco Bell has been testing kiosks for years, including rotating various versions at this restaurant in Irvine, Calif. (Photo: Nancy Luna)

“It’s super easy and takes the friction out,” she said. “People love it. Its super fun.”

Emerging technologies that rate highest among consumers include self-service electronic kiosks, according the Nation’s Restaurant Association’s 2019 State of the Industry report. About 41% of quick-service operators told the NRA that they plan to devote more resources to tablets, iPads, tableside ordering systems, or self-serve kiosks this year, the report found.

In other Taco Bell news, the chain is giving away free Doritos Locos Tacos on Tuesday from 2 p.m. to 6 p.m. (local time). The freebie was triggered when the Golden State Warriors “stole” Game 2 of the 2019 NBA finals by beating the Toronto Raptors on their home court.

As an added bonus, Taco Bell’s “Steal A Game, Steal A Taco” promotion in the U.S. includes a free taco all day when fans place an order through the brand’s app or website.