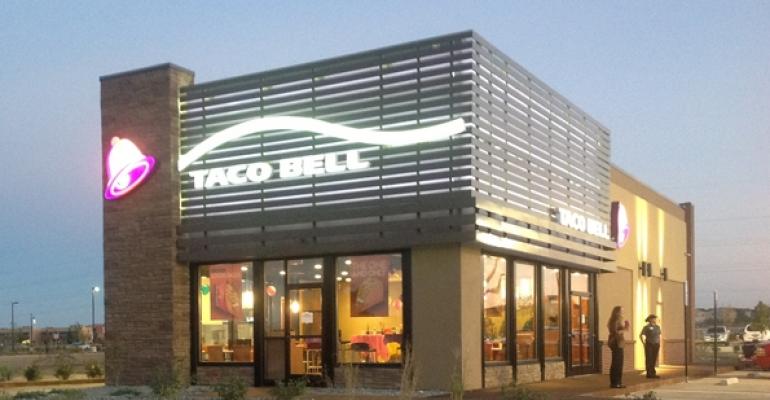 Taco Bell to give away PlayStation 4 systems

Taco Bell will give away PlayStation 4 consoles as part of a promotion for its $5 Buck Box and Big Box meals, the chain said Tuesday.

“Our fans enjoy gaming, and gamers eat Taco Bell, so teaming up with PlayStation for the second consecutive year to give consumers first access to the next-generation system before it hits retail was an exciting decision for us,” said Taco Bell chief marketing officer Chris Brandt in a statement.

Taco Bell restaurants will give away PlayStation 4 computer entertainment systems to customers who text a winning code available on the Buck Box or Big Box packages.

Chain officials said the company will give away consoles roughly every 15 minutes through Nov. 10. Consumers can also request a code without purchase by mail or online. No purchase is necessary to win, but winners must be at least 18 years old.

Taco Bell director of partnerships and promotions Will Bortz said the promotion is particularly attractive because The PlayStation 4 is not available for retail sale until after Nov. 15, and the consoles, priced at about $399, have already sold out in pre-sale, he said.

The Taco Bell promotion includes the console, plus a copy of the game Knack, as well as a one-year membership to PlayStation Plus, valued at about $500.

Bortz said the goal is to draw in Taco Bell consumers with “first access” opportunities that are authentic and fit with the lifestyle of the chain’s target audience.

In commercials that will accompany the promotion, the chain has also hidden “Easter egg” clues that will translate to icons within the game. “YouTubers slow it down and find the Easter eggs. If you’re a gamer, you recognize the icons,” said Bortz. “It’s about surprising and delighting people.”

Irvine, Calif.-based Taco Bell has nearly 6,000 locations across the U.S. The chain is a division of Louisville, Ky.-based Yum! Brands Inc.