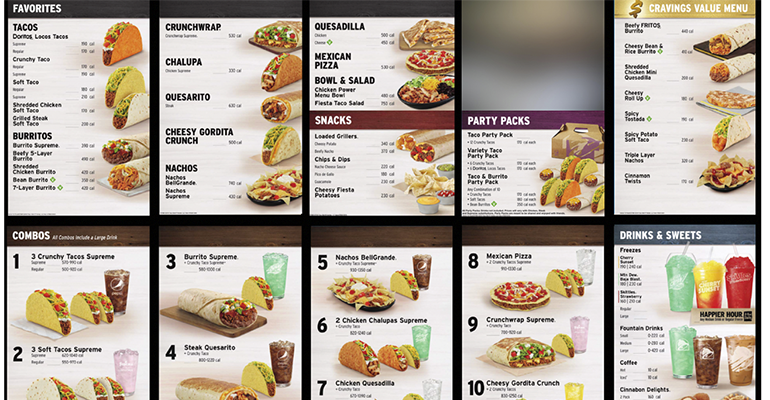 “As you can see, we gave our menu a brand new look-and-feel to help make ordering easier,” Taco Bell stated in a company blog post. “It’s kind of like our version of decluttering a closet.” 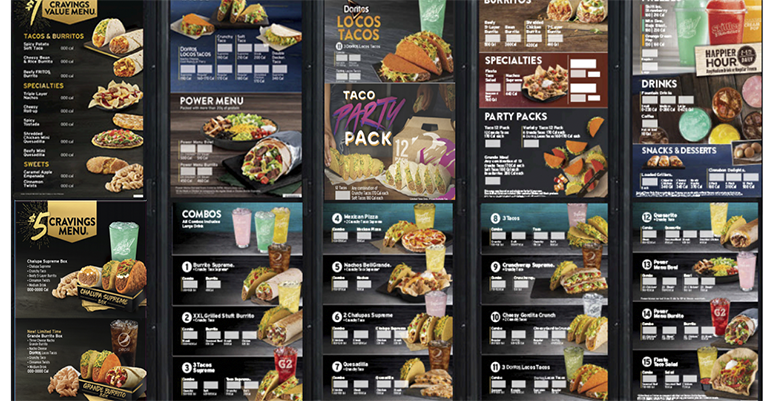 As such, that means nine items are coming off the menu permanently including two Doritos Locos Tacos flavors: Cool Ranch and Fiery Doritos, which have been around since 2013. The other items going away include the Double Decker Taco, Beefy Mini Quesadilla, chips & salsa, Chipotle Chicken Loaded Griller, Double Tostada, Power Menu Burrito and the XXL Grilled Stuft Burrito.

The Double Decker Taco has been around since 2011.

“Sometimes you have to let go of the old to welcome in the new,” the Irvine, Calif.-based chain said.

The Nacho Cheese “DLT” will remain on the menu.

Tweaked menu boards will feature new “combo” numbers attached to the 13 most popular choices. For example, the 3 Crunchy Taco Supreme Combo, formerly No. 3 on the menu, is now No. 1.

The Taco Bell menu refresh, which goes into effect Sept. 12, comes on the heels of other quick-service brands trimming the fat from bloated menus.

Jack in the Box had reduced redundant ingredients from menus at 180 restaurants. McDonald’s recently trimmed sections of its menu during certain dayparts and is exploring kitchen automation to increase efficiencies.