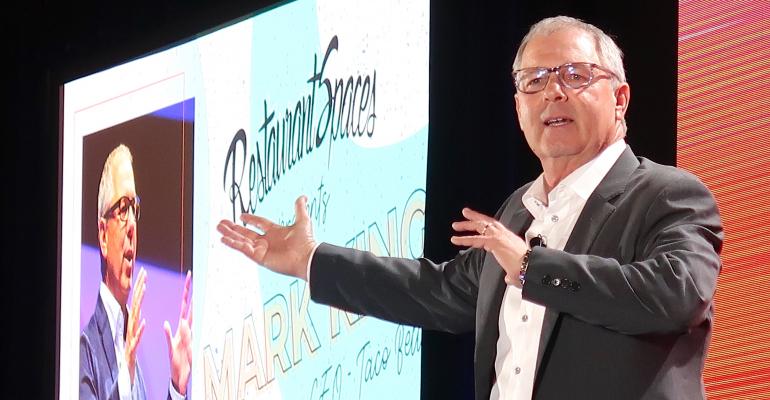 Not too long ago, Taco Bell CEO Mark King was dreaming big about the chain's future – one where he pledged to grow the wildly popular Yum Brands division into a $20 billion business.

But like other restaurant CEOs today, he’s been in crisis mode for the last six weeks. His ambitious goals of tomorrow have shifted to the here and now as he and his vast network of franchisees triage the daily impacts of running a restaurant during an unprecedented pandemic.

“It's been an amazing journey to survive the [past] 45 days,” King told Nation's Restaurant News.

The coronavirus pandemic has forced every Yum Brands division to re-evaluate and tweak operations in a world where restaurants are only allowed to serve guests through off-premise channels. For a company whose brands are built for drive-thru service, the shift wasn't too hard of a pivot.

But stay-at-home orders across the U.S. have kept Americans on lockdown in their living rooms —  and that’s been challenging for even the most successful brands like Taco Bell. Transactions at quick service restaurants, the most resilient segment during the crisis, declined 34% for the week ending April 19 compared to year ago, according to the latest research by The NPD Group.

Last week, Yum Brands said same-store sales at Taco Bell dropped 30% on average in the second half of March and into April. The declines were primarily driven by a drop in late-night and breakfast sales. In late March, some Taco Bell restaurants temporarily stopped serving breakfast.

Prior to COVID-19, Taco Bell was on a roll. In the first two months of the quarter, Taco Bell’s comp growth was clocking in at 6%. It closed the quarter with a 1% gain.

King declined to talk specifically about sales, only stating that the brand is well positioned to weather the storm. He said he’s been very fortunate to be guided through the crisis by Yum Brands CEO David Gibbs.

The message from the top: Put people first.

As restaurants begin to reopen dining rooms in parts of the country, the former Adidas president told NRN how Taco Bell has adapted operations during the health crisis and how the brand is responding to changes in consumer behavior. 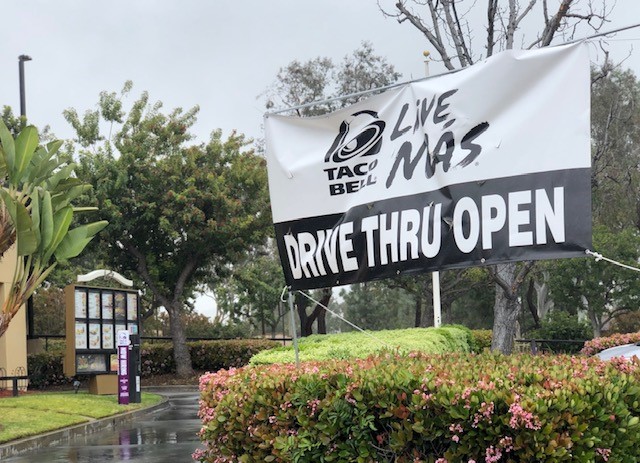 At the start of the crisis, banners were needed to remind consumers that restaurants were open for business, Taco Bell CEO Mark King said.

The banner business is booming.

King said large chains like Taco Bell have had to make those adjustments, as well.

Still, in the beginning it took time for the company to deploy signs to some 7,000 restaurants.

King said many franchisees took it upon themselves to create their own signs.

“That was really a big thing. I can remember being on a call with the franchise system saying, ‘Guys look, ‘We will give you signs for the restaurants but in the meantime, you know, go down and make a sign.’” 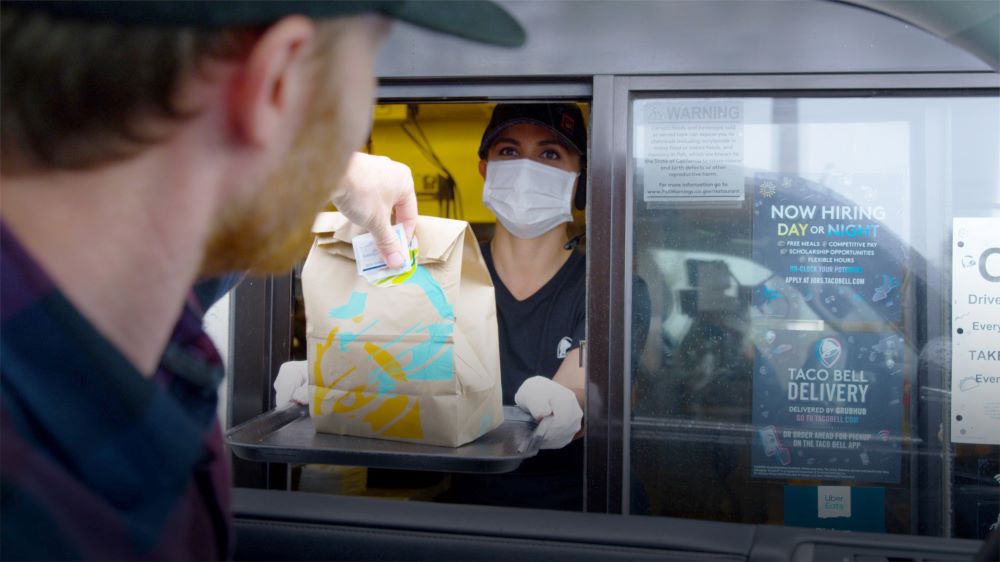 Understanding consumer behavior is crucial, especially when you're dealing with an unprecedented event.

King said Yum Brands has been reviewing consumer insights and taking cues from Yum restaurants in China to understand the impacts of the pandemic.

“We’ve really been able to learn a lot from our view of consumer behaviors and trends during this time,” he said.

The information helps answer crucial questions: What is going to change? What's going to stick? What do we need to do differently to be successful?

King said restaurants in China taught them one major thing: “Safety was the biggest message.”

Taco Bell has been reminding customers of a brand’s safety protocols consistently. The latest message came Friday, May 1 when the chain sent out a tweet about its enhanced safety measures which include employee temperature checks, seals on packaging and contactless ordering.

Making those messages loud and clear, over and over, makes a difference.

“When you provide a safe environment, people will come out, and they’ll either go to the drive-thru, they’ll order for pickup on curbside, or they’ll order delivery,” King said. “People will go out to eat, but they really have to be convinced it’s safe.”

Are ‘fast social’ restaurants on pause?

In early March, Taco Bell announced plans to develop a pipeline of “fast social” restaurants that focus on the dining room experience.

Are these restaurants without drive-thrus still in the mix?

“I definitely think there will be a pause on the development” due to current dine-in restrictions, he said.

Even as dining rooms reopen in some states, King said consumers might not be ready.

“It’s going to be a while before people get comfortable,” he said.

“It’s not going to be a very rewarding experience for the customer,” he said.

A handful of states are starting to allow restaurants to reopen dining rooms.

King said Taco Bell is leaving it up to franchisees on the timing of reopen their restaurants.

If and when that happens, Taco Bell has instructed its operators to follow local guidelines, which vary by state and jurisdictions.

For Taco Bell, reopening dining rooms is not as urgent as it is for full-service dining.

“We’re so well positioned because you know, our restaurants really never closed,” King said. “The only thing that was was shut down was dine-in so all of this time you could either use the drive thru or you could park and pick up your order.”

Heading into the pandemic, quick-service chains like Taco Bell had an advantage over full-service restaurants. Drive-thru sales typically account for more than half of a QSR restaurant’s total sales.

In the case of Taco Bell, that number was more than 70%, King said.

That’s allowed the Irvine, Calif.-based chain to “deliver really great service” when guests are counting on them the most, he said.

But many brands have learned quickly that consumers want a variety of contactless options beyond the drive-thru during the pandemic. Restaurants without drive-thru lanes have created pop-up drive-up lanes in parking lots. Curbside pickup, previously more common in casual dining, is also showing up at limited service chains.

Taco Bell is no exception.

“I think that’s the second thing that's going to stick. Safety will stick for sure, and then I think pickup,” he said.

While curbside pickup is not new to the industry, it’s generally not been a “primary source” for getting food to the customer, King said.

But, now he sees this channel as essential because it’s completely contactless through the Taco Bell app.

“People want it easy and they want it fast,” he said. “I think [curbside] will become one of the bigger channels of getting the food to the customers, which is really great for us because we have been moving towards that in the last few months.”

On-demand ordering, including delivery, has been a fast-growing segment for the restaurant industry.

In a post-COVID-19 world, King said that movement has accelerated even more.

The added kicker is now they are now looking for safety, as well.

Consumer research shows that brands who offer drive-thru and contactless pick-up will have an advantage as economy reopens.

According to a survey released Friday, May 1 by AlixPartners, 43% of consumers said drive-thru is the most preferred method for ordering during the pandemic, followed by takeout and curbside pickup -- preferred by 33% of those surveyed. Third-party delivery was the least popular.

“This crisis is really accelerating the future. We will move much faster now. And we will be able to move faster because that is what the consumer is demanding, a seamless, contactless experience,” King said.

And, when diners are ready to visit a restaurant, King said Taco Bell will be ready too.

“Then it will be up to us to be able to deliver a great experience.”