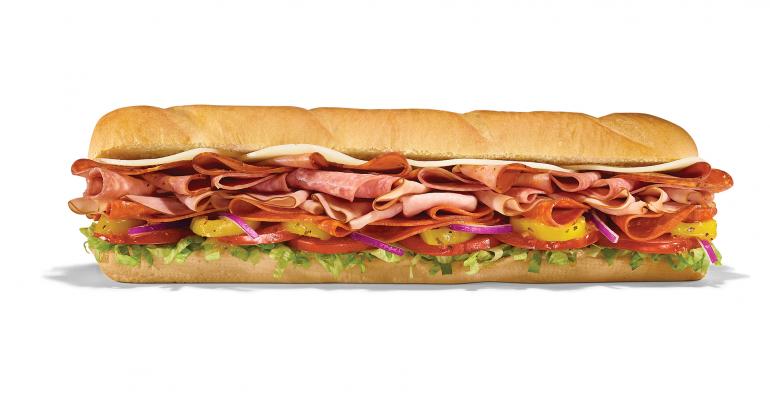 Developed by the chain’s senior vice president of culinary and innovation, Paul Fabre, and his team, the new Subway Series line of sandwiches is intended to streamline production and improve guest satisfaction by offering sandwiches with broad appeal that require minimal decision-making on the part of customers.
News>Quick Service

Subway, which arguably created the infinitely customizable assembly-line model that dominates fast-casual dining, is de-emphasizing that service style with the launch today of a dozen curated sandwiches that are now front-and-center on the quick-service sandwich chain’s  menu.

Developed by the chain’s senior vice president of culinary and innovation, Paul Fabre, and his team, the new Subway Series line of sandwiches is intended to streamline production and improve guest satisfaction by offering sandwiches with broad appeal that require minimal decision-making on the part of customers. The company says it’s the biggest menu change in its more than 60-year history.

“We’ve been testing this extensively and we’re very excited by what this represents for our brand, and our franchisees are really motivated and excited by what they see,” Subway North American president Trevor Haynes said.

Fabre said the sandwiches were more than a year in development. “It’s really an all-star lineup,” he said, that benefits from the ingredient upgrades that the chain carried out last year as part of its “Eat Fresh Refresh” initiative to improve food quality. That included upgraded chipotle sauce and ranch dressing and a new garlic sauce.

All of the sandwiches are customizable, and customers still have the option to order their own sandwiches from scratch, but from now on they can also order the following items by name or number, divided into four categories that already make up the bulk of Subway’s sales.

In testing the sandwiches, which have been in some restaurants for several months,  Haynes said about half of customers ordered the new items as-is, without any changes. He said franchisees told him they were pleased with how much easier the new lineup made the ordering process. He added that, in spending time in the field, he was told that training was easier with the new emphasis on the curated sandwiches. He also said average checks are “somewhat higher” with the new format, and service time is faster.

“From a throughput perspective, this is making it much easier,” Haynes said. “And also for the guest as well. We heard from guests from time to time that the number of questions [required to customize a sandwich] can lead to fatigue.”

Fabre said the sandwiches have high guest satisfaction scores and reorder rates, too.

To promote the new menu, subway is giving away up to a million 6-inch subs between 10 a.m. and 12 p.m. on July 12 to any guest who visits a participating location.

Although this is the largest change in Subway’s menu, the chain based in Milford, Conn., with nearly 40,000 restaurants worldwide and more than 20,000 in the United States, has been reworking its menu for more than a year. Last July it closed all of its domestic restaurants early on July 12 to launch its “Eat Fresh Refresh” changes that included updated bread recipes, new condiments and toppings, and improved versions of rotisserie-style chicken and roast beef.