Subway is streamlining its corporate team to push decisions closer to regions, it says.
News>Quick Service

Len Van Popering is leaving this month as global brand and innovation officer, and sandwich brand will eliminate position

Subway is downsizing its corporate executive team, confirming Thursday that it was getting rid of its chief brand and innovation officer position.

“We are streamlining and simplifying our business by pushing talent and expertise closer to the regions in which we do business,” the Milford, Conn.-based quick-service sandwich brand said in a statement.

“As part of this streamlined international effort, we are eliminating the global brand and innovation function,” the company said in an email. 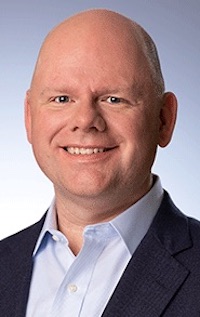 Len Van Popering, left, who had held the chief brand and innovation position since June, will be leaving later this month as part of the reorganization, the company said.

Bethany Appleby, Subway’s chief legal officer, will also be leaving this month, the company said, and Ilene Kolbert has been named to succeed her in that role.

“We are committed to maximizing business performance and streamlining our business model will help us realize greater efficiencies across the organization,” said Subway CEO John Chidsey, who was named to the post in November, in a statement. “We are thankful for the significant contributions each of them made to the Subway brand and our franchise owners.”