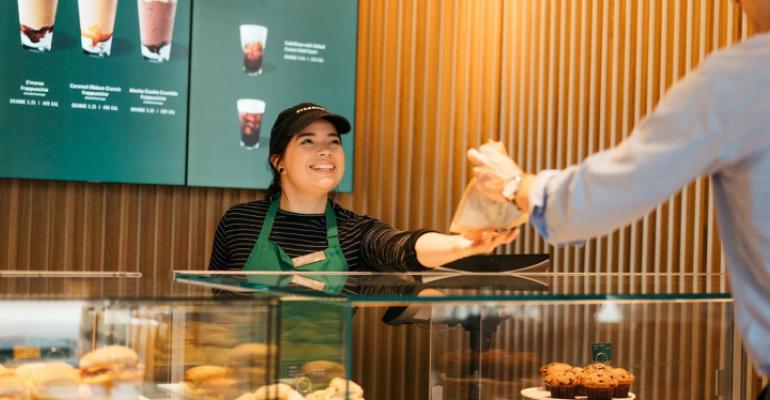 Starbucks announced that employees would be eligible for travel reimbursement to get an abortion if the services are not available within a 100-mile radius of their home.
News>Quick Service

Starbucks joins Amazon as the latest major corporation to announce reimbursement for employees who need to travel to access a safe abortion, in response to the Supreme Court being poised to act on overturning Roe v. Wade.

The controversial would-be decision that would overturn nearly 50 years of legal precedent has sparked response and protests across the nation. Tuesday, Starbucks announced that employees would be eligible for travel reimbursement to get an abortion if the services are not available within a 100-mile radius of their home. This benefit would also extend to spouses and dependents of employees and apply to those that need to travel for gender-affirming healthcare procedures as well.

“Today I’m announcing that we are expanding our U.S. healthcare benefit to further protect your personal health decisions,” Sara Kelly, Starbucks' acting executive vice president of partner resources said in a statement. “Regardless of where you live or what you believe, partners enrolled in Starbucks healthcare” will have access to these reimbursements.

Starbucks joins a growing list of corporations that offer similar benefits to those needing to travel to access abortion services, including Amazon, Tesla, CitiGroup, Uber, and Yelp, many of which were announced on the heels of the leak of the Supreme Court Roe v. Wade decision.

The Seattle-based coffee giant also reiterated that the company has offered medical benefits for transgender employees for several years now, including gender reassignment surgery and cosmetic procedures related to gender-affirming healthcare, the latter of which has been available since 2018.

This new extension of healthcare benefits will be available to all Starbucks employees enrolled in the healthcare plan, including union members.

A previous version of this story incorrectly stated that these new travel reimbursements would not be available to unionized employees without a union contract.
TAGS: Workforce
0 comments
Hide comments
Related
Sponsored