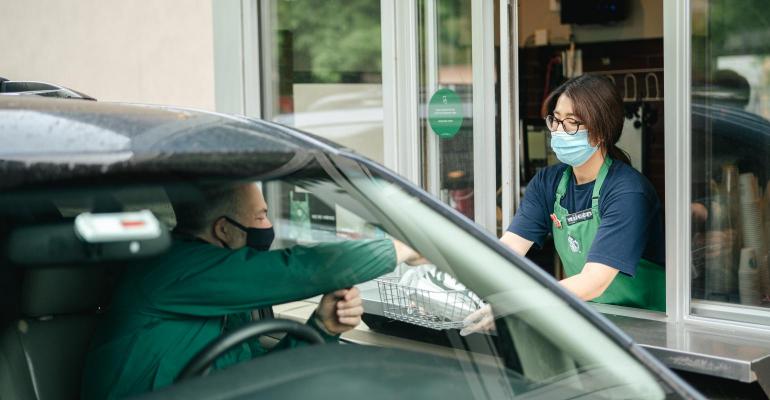 Starbucks
This is not the first time Starbucks and the new union has clashed.
News>Quick Service

SBWorkers United claims the workers were fired in an act of union-busting, but Starbucks says they were fired for violation of safety and security regulations

SBWorkers United — the union that now represents two Starbucks locations in Buffalo, N.Y. (and counting) — has reported that seven Memphis, Tenn. Starbucks workers, including five union effort leaders (or 35% of the store’s workers) were fired by the company on Feb. 8.

SBWorkers United claims that this is the latest example of union busting by the Starbucks corporation as 72 stores around the country file for union representation in the wake of the first three contentious elections in Buffalo.

Related: Will Starbucks union wins start a trend around the country?

Starbucks, however, maintains that these workers were terminated for violating well-known company policies, including opening a locked store door after closing, allowing off-duty employees and non-employees to enter a store after hours, giving unauthorized individuals access to the back of the house, and letting someone open the cash safe that was not the on-duty designated cash controller.

“One of the first things partners learn among the training they receive is the importance of following closing and opening procedures,” A Starbucks spokesperson told Nation’s Restaurant News. “It can bring in a lot of elements if you don’t follow the right policies […] We’re adamant that if you violate these policies, they are terminable offenses.”

Related: The only unionized Starbucks store staged a walkout over COVID safety issues

After looking at security video footage, Starbucks corporate was able to determine from the investigation that numerous security and safety policy violations took place.

SBWorkers United and the workers that were let go, however, claim that they were fired for previously unenforced policies, and that the coincidence that the terminations included five union leaders was too much to ignore.

“I was fired by Starbucks today for ‘policies’ that I’ve never heard of before and that I’ve never been written-up about before,” Nikki Taylor, a shift supervisor at the Poplar & Highland Memphis store said in a statement. “This is a clear attempt by Starbucks to retaliate against those of us who are leading the union effort at our store and scare other partners. Starbucks will not get away with this–the entire country will be outraged.”

According to Casey Moore, a Starbucks worker in Buffalo that has been helping with national unionization efforts at the company, did not deny that Starbucks’ summary of events took place but said that the employees that entered the store after hours were there to give on-duty employees a ride home after closing.

“If every Starbucks worker was fired for going behind the counter not on shift, there would be no employees left,” Moore told Nation’s Restaurant News. “To say you can’t go into the back room to check your schedule is ridiculous. Some of those partners were not aware those were policies. It shows the extreme nature [of the terminations] because they eliminated 35% of the store staff.”

SBWorkers United has filed a complaint with the National Labor Relations Board after the incident, claiming unlawful termination, and is seeking “injunctive relief” or reinstatement of the employees to their jobs.

This is just the latest example of tensions escalating between baristas at a growing number of Starbucks locations and their corporate parent company. Unionization efforts began last fall at three stores in Buffalo, N.Y. After a contested election, two out of the three stores eventually voted to become the first unionized Starbucks stores in the country. Since then, 72 stores in total have filed for unionization, including the first Reserve Roastery in New York City, as well as stores in Brooklyn and on Long Island on Feb. 10.

Throughout the process, Starbucks has consistently asked for reviews and delays on elections, for reasons like appealing mail-in ballots and requesting that all regional Buffalo workers cast a vote (instead of just the three stores that filed for unionization). SBWorkers United has claimed that these efforts, as well as sudden temporary store closures and an uptick in unexpected store visits from Starbucks executives are examples of union busting. SBWorkers United has filed complaints of union busting with the National Labor Relations Board.