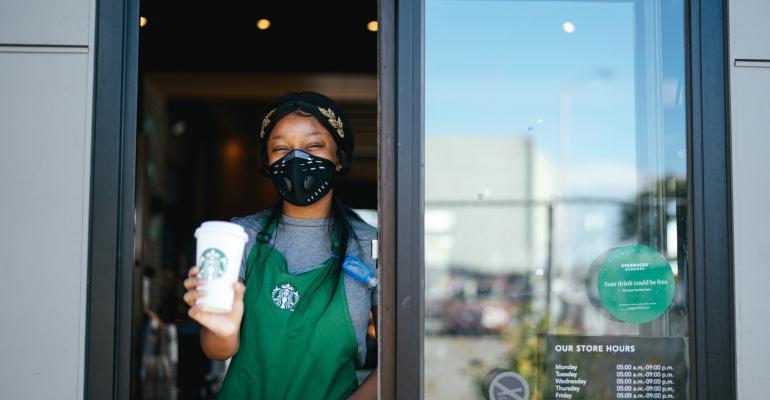 Hourly workers at Starbucks are getting a raise in October, rather than waiting until January, thanks to the chain’s strong performance, the Seattle-based chain confirmed Wednesday.

In an ongoing push to bring the chain’s minimum wage to at least $15 per hour within the next two or three years, the company said it will raise the starting wage for baristas to at least $12 in all stores in October. Earlier, the wage increase was scheduled to occur in January 2022.

This means that employees hired before July this year will receive a 5% wage increase, and those with tenure (three or more years of continued service) will see a 6% raise.

Announced to workers last week, the accelerated schedule is a result of Starbucks’ business momentum, a spokesperson said in an email.

Currently, more than half of hourly workers at the chain already make more than $15 per hour.

The last pay increase for hourly workers at Starbucks came in December 2020, when baristas, supervisors and café attendants saw a 10% increase in pay, and starting wages across the board were increased 5%. At the time, about 30% of Starbucks hourly workers were making $15 per hour.

Across the restaurant industry, the ongoing labor crisis is prompting employers to increase wages and add benefits to better compete for workers. Chipotle Mexican Grill, for example, raised menu prices by up to 4% to offset a wage increase, bringing hourly workers to an average of $15 per hour, or a range of $11-$18 per hour.

Some chains are offering signing bonuses, as well as paying incentives to both workers and guests for referrals that result in hiring new staff members. And many chains are hosting regional recruiting events to find needed workers.