Starbucks Corp. has set Nov. 15 as the opening date for its first Reserve Roastery in Chicago, going into a 43,000-square-foot space on the Magnificent Mile that formerly housed a Crate & Barrel.

The Chicago roastery, first announced more than two years ago, will open at 10 a.m. that day in a glassy 43,000-square-foot space formerly occupied by Crate & Barrel, at the corner of North Michigan Avenue and Erie Street.

Former Starbucks CEO Howard Schultz announced Friday that he has decided against running for the U.S. presidency in 2020.

“My belief in the need to reform our two-party system has not wavered, but I have concluded that an independent campaign for the White House is not how I can best serve our country at this time," Schultz said in a letter at his website on Friday.

Schultz also noted that “not enough people today are willing to consider backing an independent candidate because they fear doing so might lead to re-electing a uniquely dangerous incumbent president.”

The former CEO had suspended campaign activity in June, citing his recovery from a back injury.

While in Chicago for the Leadership Experience, Starbucks CEO Kevin Johnson told Bloomberg that the company is set to open a pick-up cafe in New York set to open this fall to cater to busy coffee-drinkers on the go.

The Manhattan outlet, which is still in development, “will build off of the chain’s success with its Starbucks Now concept in China that lets customers order in advance on mobile phones and collect their items in a specialty ‘express’ shop without the wait.”

Johnson said Starbucks could eventually roll out similar pick-up locations in other cities including Boston, Chicago, Seattle, San Francisco and Los Angeles. “What we’re using Starbucks Now for, and what will be Starbucks pick-up stores in the U.S., is to blend them in where we have dense urban areas where we have a lot of Starbucks third-place cafes,” Johnson said.

Mental health assistance will be the latest benefit for Starbucks employees, according to a memo from CEO Kevin Johnson.

In letter to employees Thursday, Johnson said that “our store managers and field leaders will experience a Mental Health Matters session with a clinical psychologist that will introduce emotional first aid, followed by a discussion about what it means to thrive and develop self-awareness.”

Johnson told the 12,000 store managers and field leaders from the U.S. and Canada gathered in Chicago this week that the company is dedicated to breaking “the stigma round mental health” and more information would be rolled out over the next year.

Starbucks already offers such benefits as comprehensive healthcare for both part-time and full-time employees, equity in the form of stock options, college tuition assistance and family leave.

The location in Tianjin, about 70 miles southeast of Beijing, also features a Starbucks Bar Mixato for cocktails, wines and craft beers as well as a Teavana Bar. It is house in a building occupied by the Zhejiang Xinye Bank until the early 1950s. In the 1980s, the early days of China’s economic transformation, it reopened as the high end Yongzheng Tailor Shop before becoming the Xinye Foreign Trade Mall. The location was officially designated as a city heritage site in 1997 and has been vacant for the past two decades

“Over the past 20 years in China, Starbucks has constantly pushed to innovate and reimagine the ‘third place’ experience, to bring people and communities closer together,” said Leo Tsoi, senior vice president, chief operating officer and president of Starbucks China – Retail, in a statement.  “We are immensely proud and privileged to preserve a revered piece of history that binds together four generations of Tianjin residents, and to share this rich cultural inheritance with more people, passing it on to future generations.” 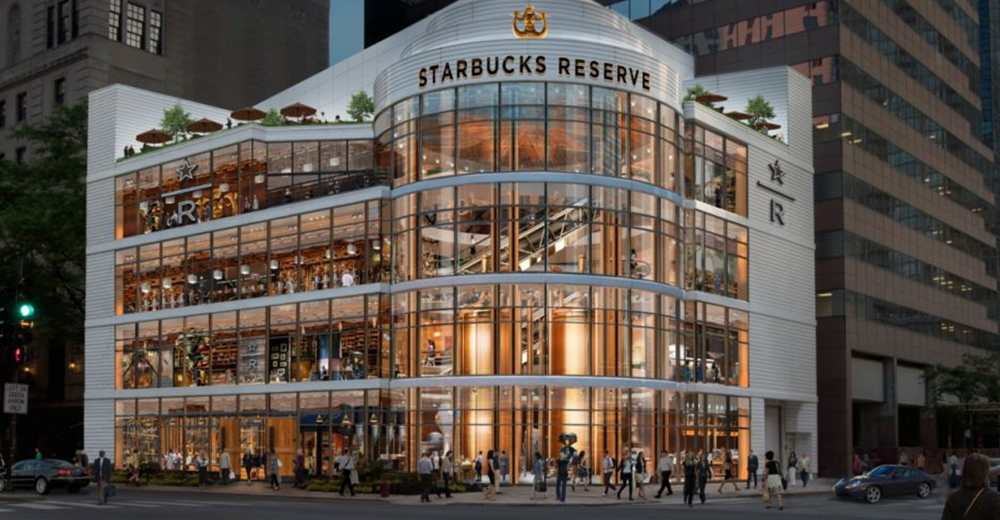 Next Up
Flavor of the Week: Aquafaba – the food waste that’s a boon for vegan products
Start Slideshow ›