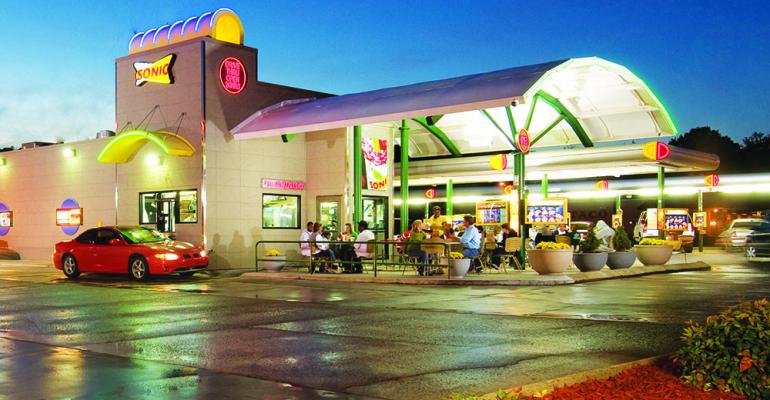 Sonic Corp. systemwide sales for the third quarter ended May 31 were flat, the company said Thursday in a pre-release of some financial information before two conference presentations later in June.

The Oklahoma City-based quick-service operator, which will release full third-quarter earnings after the market closes on June 26, added that it was reiterating guidance of same-store sales being flat to up 2 percent for the full 2018 fiscal year.

"Our third-quarter same-store sales reflect solid, sequential improvement, including a systemwide increase of approximately 2.5 percent during May," said Cliff Hudson, CEO of Sonic, in a statement.

Hudson added that the company remained “focused on integrating technology into our guest experience with the ongoing rollout of mobile order-ahead, making the Sonic customer experience the most personalized in the QSR industry."

Sonic also reiterated estimated adjusted earnings per share guidance for fiscal 2018 of between $1.43 and $1.50.

Sonic said its board had authorized a $500 million share repurchase program through Aug. 31, 2021, replacing the company's fiscal 2018 authorization of $160 million. The company had repurchased about $110 million in stock through the end of its third fiscal quarter, leaving about $390 million on the new authorization.

"With the refranchising of 41 additional drive-ins in two markets during the fiscal third quarter, the Sonic system is now 95-percent franchised,” Hudson said.

“The board's decision to increase and extend the share repurchase authorization reflects our confidence in the company's ability to leverage our asset-light model to improve results and drive long-term growth and value creation,” he said.