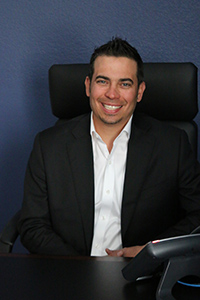 Wan Kim, Smoothie King CEO, said in a statement that Andrews “brings a wealth of knowledge and experience in both IT and the restaurant industry, and his technical skills are second to none.”

Prior to joining Pei Wei two years ago, Andrews served in IT roles at On The Border Mexican Grill and CEC Entertainment Inc., parent to the Chuck E. Cheese’s brand.

Smoothie King was founded in 1973 in Kenner, La., and now has more than 1,000 locations in 34 states as well as several countries abroad.

For the 2018 fiscal year ended Dec. 31, Smoothie King reported $415.7 million in U.S. systemwide sales, up 10.4% from the Preceding Year, according to NRN Top 200 data. The company reported U.S. year-end systemwide unit count of 901 in the period, with 29 of those company-operated, for growth of 10.6% over the Preceding Year.