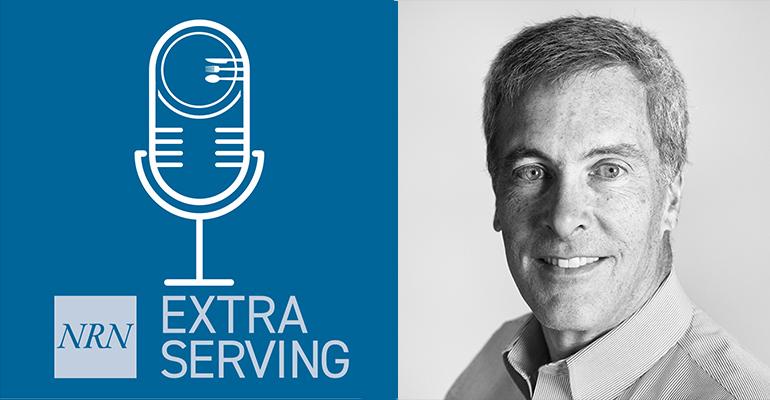 Roy Rogers co-owner Jim Plamondon on his family legacy, increasing same-store sales and the rebirth of the historied brand

Listen to this podcast on  Spotify, Apple Podcasts or SoundCloud.

Roy Rogers, originally founded in 1968, at one point had over 600 locations nationwide. The brand now has 49 units across the U.S., but co-owner Jim Plamondon says the smaller unit size is an advantage.

Plamondon co-owns the restaurant with his brother, Pete Plamondon Jr.; their father, Pete Plamondon Sr., was one of the original Roy Rogers franchisees. Twenty years ago, Pete Sr. sold his franchises to his two sons who, in turn, bought the entire company and franchising rights after company units had been drastically reduced.

Plamondon is familiar with crisis at Frederick, Md.-based Roy Rogers, and tackling the pandemic head-on was the brand’s only choice. This included revolutionizing its toppings bar, one of the pillars of the brand, and relying on drive-thru more than ever before.

New menu items, an expansion of delivery partners, a reliance on team and a supportive customer base led Roy Rogers to see positive same-store-sales increases over the past four months and, eventually, massive growth.

Roy Rogers has continued to expand during the pandemic, and Plamondon isn’t ruling out becoming a 600-unit operation again.

Listen to the whole interview below.

Nation's Restaurant News · Roy Rogers co-owner on his family legacy, increasing same-store-sales and the rebirth of the brand