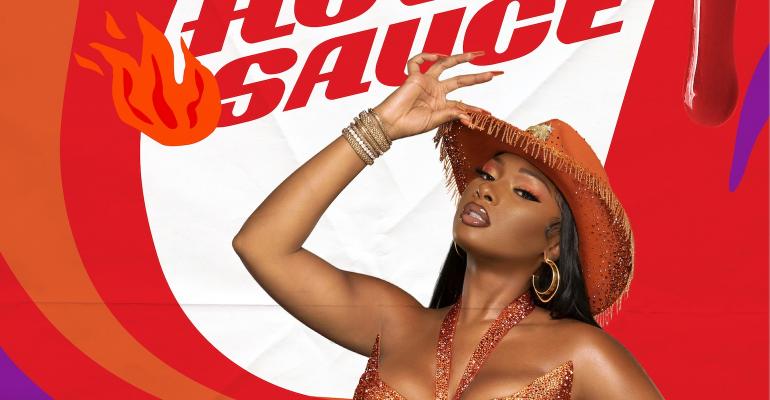 Popeyes Louisiana Kitchen has teamed with musician Megan Thee Stallion for a new hot sauce to debut Oct. 19 as well as merchandise and franchised restaurants, the company said Thursday.

The chicken division of Toronto-based Restaurant Brands International Inc. said the stage-named artist, whose real name is Megan Pete, will introduce a new Hottie Sauce on Oct. 19 for the brand’s popular chicken sandwich and nuggets as well as introduce new merchandise.

“I’m appreciative of Popeyes commitment to empowering Black women and look forward to opening Popeyes restaurants,” the musician, who also goes by Tina Snow, said in a statement.

“Teaming up with Popeyes is such a milestone in my journey and evolution as an entrepreneur,” she said. “I’ve always been a fan of the Popeyes brand, and I’m thrilled to have the opportunity to join the brand and help create the new Megan Thee Stallion Hottie Sauce for their line-up.”

“As part of the larger collaboration, Popeyes and Megan will be making a six-figure donation to Houston Random Acts of Kindness, whose mission is to promote empathy and compassion while encouraging selfless concern for the welfare of others in the Houston community,” the company and Houston-born musician said.

Yesss Hotties it’s true Thee mf HOTTIE SAUCE IS DROPPING AT @Popeyes OCT 19TH So pull up and get you some Not only that buttt ya girl is now a franchise owner and will be opening my very own Popeyes locations! pic.twitter.com/zxXmlC0jlF

The Megan Thee Stallion Hottie Sauce will be available systemwide in the United States and in 14 other countries.

Popeyes said artist “worked closely with the Popeyes culinary team to develop the exclusive Megan Thee Stallion Hottie Sauce, which flaunts a sweet, yet bold flavor with a hint of spice, inspired by Megan’s sassy personality.”

It is made with honey, cider vinegar and Aleppo pepper.

Siddiqui said the company looked “forward to working closely with her over many years as she begins her journey as a restaurateur.”

Consumers can sign up at TheeHottieSauce.com to receive updates and notification about upcoming merchandise, which was produced with creative partner Harper & Scott.

Bruno Cardinali, Popeyes chief marketing officer, said, “We have a lot in common with Megan Thee Stallion -- from our Southern roots, to our shared love for flavor with a lot of spice, she embodies the proud, spirited, joyful and big-hearted personality we embrace with our food and heritage.”

As part of the promotion, Popeyes and Megan Thee Stallion created a music video style short-form film. The Western-inspired project features Megan’s alter ego, Tina Snow, as the bandit, stealing her Hottie Sauce and Megan chasing it from her hometown of Houston to Popeyes hometown of New Orleans to secure her sauce.