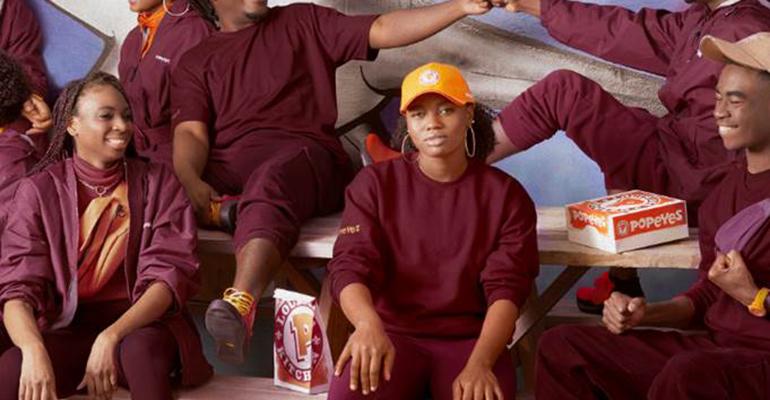 Twitter has once again influenced the quick-service chicken brand, which changed the trajectory of every QSR brand with the chicken sandwich wars of 2019

If there’s anything 2019 taught Popeyes, it was that Twitter can be a vehicle to turn any moment into a huge opportunity (#chickensandwichwars comes to mind…). When the Louisiana-based brand saw people on the social media app comparing Ivy Park x Adidas’s latest collaboration to its uniforms, a marketing plan was hatched.

Beyoncé dropped the latest iteration of her clothing line, Ivy Park, in collaboration with Adidas earlier in January and it has since sold out, but the colors reminded a certain QSR chain of its own uniforms. 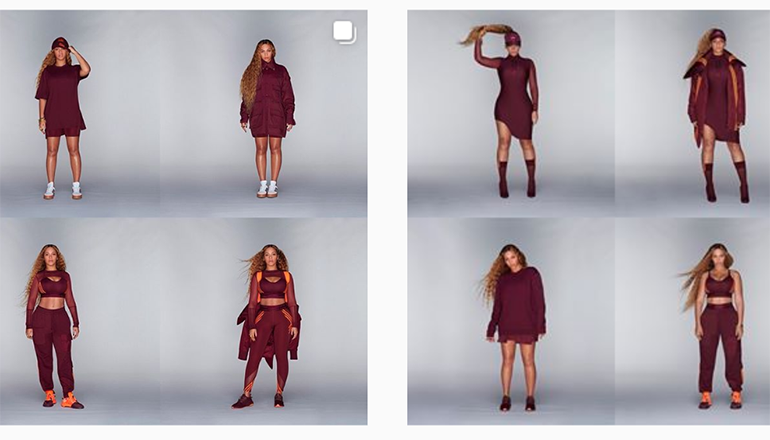 Popeyes thought the clothing line, all maroon and orange, mimicked its uniforms and now-famous chicken sandwich. In fact, according to a release from the chain, the performer holds a “Popeyes for life card.”

Fans were the first to point out the similarities when Beyoncé’s collection dropped, and where did they air their thoughts? Twitter, of course. 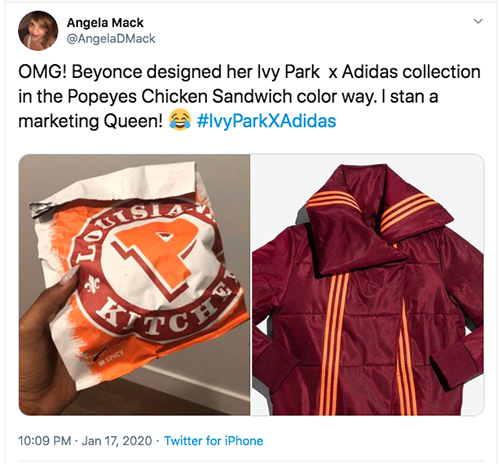 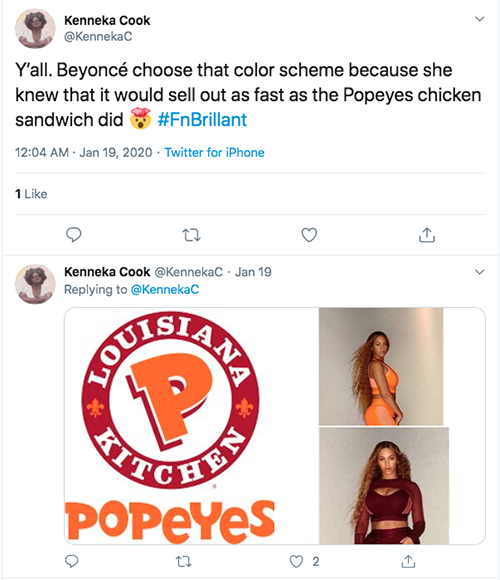 The Beyoncé collection sold out within a week of its release. So, Popeye’s responded to the social media attention, and fast.

Starting today, fans can purchase a new line of clothing from Popeyes available at www.thatlookfrompopeyes.com, where 100% of the proceeds go to the Popeyes Foundation, a charity that aims to “strengthen our communities with food and support in times of need.”

Clothing items include a hooded jacket, crewneck t-shirt, sweatshirt, tunic, half zip jacket, short sleeve polo, an “executive” button down and 3 hats. Prices range from $10 to $40 for this collection, compared to $25 to $250 for the sold-out Ivy Park x Adidas collection.

The models photographed for the collection are real Popeyes employees. The brand included a lookbook, something more common amongst the higher fashion set than QSR chains. Styled to look like the Ivy Park x Adidas collection, the Popeyes collection only holds ten pieces. 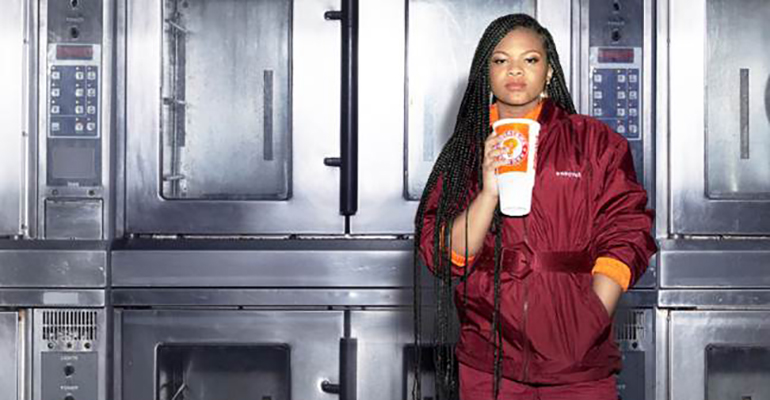 According to Popeyes’ release, the brand is offering fans of both Ivy Park x Adidas and Popeyes “who missed the boat the first time a chance to score something nearly identical.”

Shots from the website selling the new Popeyes line.

No word from Adidas or Beyoncé on their view of the collection billing itself as “nearly identical.”

Update: This article has been updated to clarify that the items Popeyes is selling are the employee uniforms.