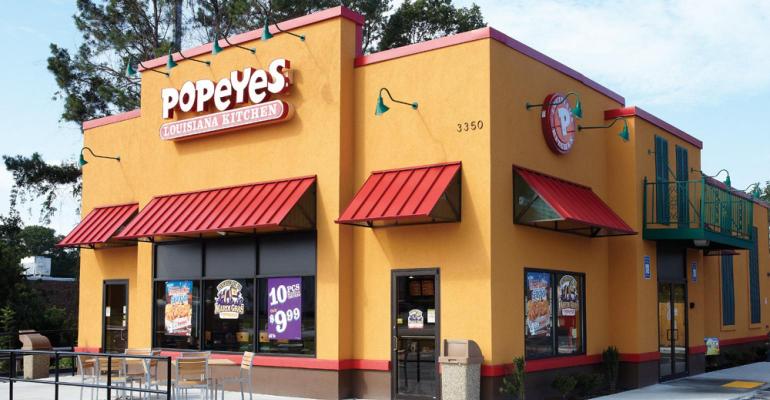 Tim Hortons, with its morning-oriented coffee and doughnuts and snack specialties, was especially hard hit in the quarter by stay-at-home orders and the severe reduction in office commutes since the coronavirus pandemic was declared in March.

“The pandemic has had an especially pronounced impact on routine-based visits, including on the morning commute and afternoon snack occasions, which each represent a significant part of our business,” said José Cil, RBI CEO, in a second-quarter earnings call.

Cil said Tim Hortons, which had seen sluggish sales even before the pandemic, would benefit from RBI’s digital initiatives, especially the Tims Rewards program, which could drive incremental visits and sales.

Popeyes, however, saw especially strong sales growth in the United States, Cil said, where same-store sales rose 28.5% in the quarter.

Propelled last fall by the introduction of a spicy chicken sandwich, Popeyes units continued to see growth during the pandemic. The second-quarter jump followed a same-store sales increase of 29.2% in the first quarter.

“Popeyes now generates an average of $1.7 million in sales per restaurant and still growing,” Cil said. “A large part of this growth can be clearly attributed to the chicken sandwich, but in Q2, we saw significant growth across every category of our menu.”

Joshua Kobza, RBI’s chief operating officer, said the company has added nearly 3,000 new restaurants to its delivery system in the U.S. and Canada since February, bringing the total to nearly 10,000 units.

“At Burger King and Popeyes, our delivery sales are up about three times and four times, respectively, versus the same time last year, and we’ve seen considerable growth in sales via our own mobile apps through Q2,” Kobza said. “At Tims, delivery sales are now up over nine times versus their pre-crisis level at the beginning of this year.”

Cil said about a third of dining rooms are now open across the U.S and Canada, but off-premise remained a strength for all the brands.

“Even during the most severe period of the pandemic in March, we were able to keep substantially all of our restaurants in our home markets open by refocusing our efforts on our off-premise capabilities and recovering much of the sales volumes we had lost through growth in our drive-thru and delivery business,” he said. The company has more than 12,000 drive-thrus in the U.S. and Canada.

“Within the first few weeks of the crisis, we quickly implemented new procedures like contactless pickup at the drive-through window and shifted our marketing to showcase the safety and accessibility of this channel,” Cil said. By the end of April, comparable drive-thru sales were up more than 20% at Burger King and more than 100% at Popeyes.