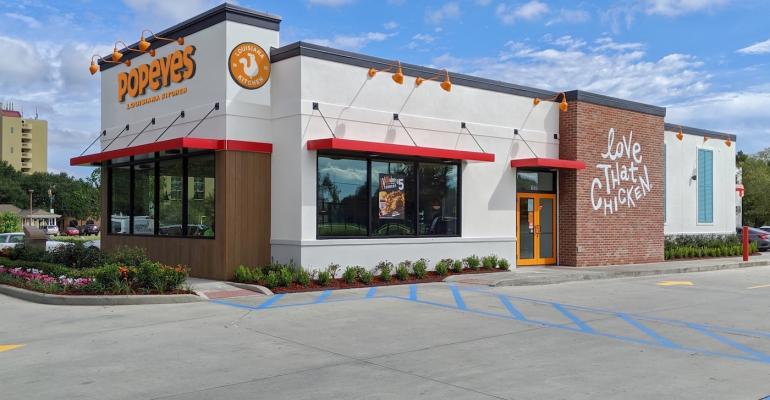 Toronto-based Restaurant Brands International reported Popeyes same-store sales rose in the United States by 19.7% and globally by 17.4% in the quarter. Its Burger King’s same-store sales fell 7% globally and its Tim Hortons brand declined 12.5% in the same period.

Popeyes has seen continued sales growth since introducing a popular spicy chicken sandwich in August 2019. The division’s same-store sales in the second quarter rose 24.8% despite COVID-19 restrictions, and they grew 29.2% in the first quarter that ended in March, when the pandemic was declared.

Additionally, RBI said it expects to report revenues in the third quarter between $1,320 million and $1,340 million. About 96% of systemwide restaurants were open at the end of September, the company said, as coronavirus restrictions continued to ease.

On Tuesday, the company said its Tim Hortons brand planned to introduce paper straws at 4,000 restaurants in Canada and would complete the transition from plastic straws by early 2021.

About 90 restaurants in the province of British Columbia are already providing guests with paper straws, the company said, and estimated that the full transition to paper straws would eliminate around 300 million plastic straws from Tim Hortons restaurants in Canada over the next year.

“We take seriously our responsibility to help contribute to a cleaner Canada and we know our guests are eager to support us on our mission to reduce waste, encourage the use of reusable cups and dishes when it is safe to do so, and recycle and use recyclable materials,” said Hope Bagozzi, Tim Hortons’ chief marketing officer, in a statement.