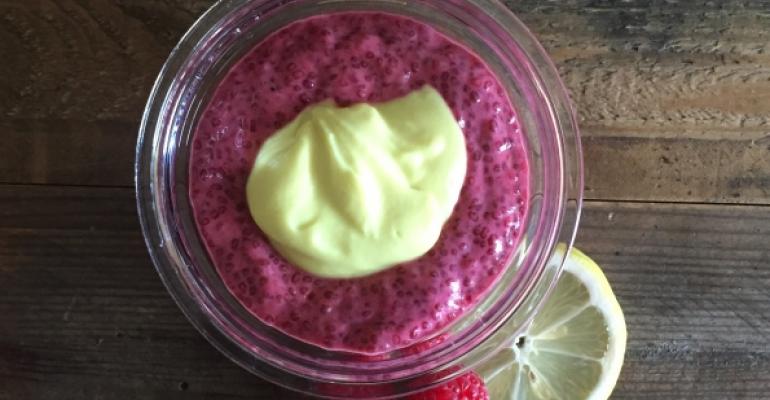 Four-unit quick-service concept looks to take the next step

Green & Tonic LLC’s development has gone backwards, at least in a sense.

The Greenwich, Conn.-based concept was actually formed as an Internet-based meal delivery service, much like the organic grocery delivery service Good Eggs, before it decided to become a plant-focused restaurant chain in 2012.

“We saw a trend early on away from ecommerce and web-based businesses and more towards traditional brick-and-mortar,” said Jeffrey Pandolfino, who founded the chain with his wife, Cai. “We started to listen to our customers and got feedback that they really wanted brick and mortar and variety. They wanted a place they could come to every day. They didn’t want a bag left on their doorstep.”

The chain, about to open its fifth location, is looking to ride the wave of healthy, quick-service concepts. On Tuesday, it announced that it received a third round of funding of $1 million, and has received $3 million total. The company expects to be on the lookout for additional funds, however, as it seeks to take its concept beyond Connecticut.

The company plans to use the funds to open the fifth location. It’s also working on technology efforts, including a mobile ordering and payment app with the firm Level Up.

“We always knew these opportunities were in our future, but now we can pursue them much faster thanks to the generous support of our investor partners,” Pandolfino said in a statement.

The plan, Pandolfino said, is to finish developing Connecticut. But then the company will prepare to replicate its model in other markets — which will require a larger institutional funding round in coming years.

Jeffrey and Cai Pandolfino are longtime restaurant industry veterans. Jeffrey helped bring the chain Pret a Manger into the U.S., while Cai was the longtime marketing director with Cosi before she went to work with Le Pain Quotidien.

They initially wanted to jump aboard the delivery wagon as it started taking off in 2011, but then the company’s customers said they preferred a physical place they could go to.

They developed an all-plant menu that includes wraps, such as a Sunflower Seed Tuna Wrap, bowls such as Quinoa Rotini with Peas and Sauteed Greens as well as breakfast, salads, soups and indulgent items like a Chocolate Chia Pudding.

The menu includes local and organic ingredients when possible. The company works with Bill King, of Back 40 Farm, whose 100-acre farm in Connecticut sources some of the chain’s products — Pandolfino said there are 2,500 kale plants at that farm grown exclusively for the chain.

“We saw a need for a clean, clear, coherent brand in this space three or four years ago,” Pandolfino said.

It’s also an increasingly competitive sector. Numerous players, many of them with the backing of deep-pocketed investors, are expanding in the space amid demand for healthy fast food options.

Pandolfino believes the time is right for a chain such as his. “Consumer behavior is changing,” he said. “People are thinking more about what they eat and how they eat it and how it’s fueling an active lifestyle.”

“I think there’s no time like the present,” Pandolfino added. “There’s a tremendous opportunity right now to grow this concept. There’s tremendous interest in the consumer in replacing what has traditionally been unhealthy eating patterns with more healthful options.”