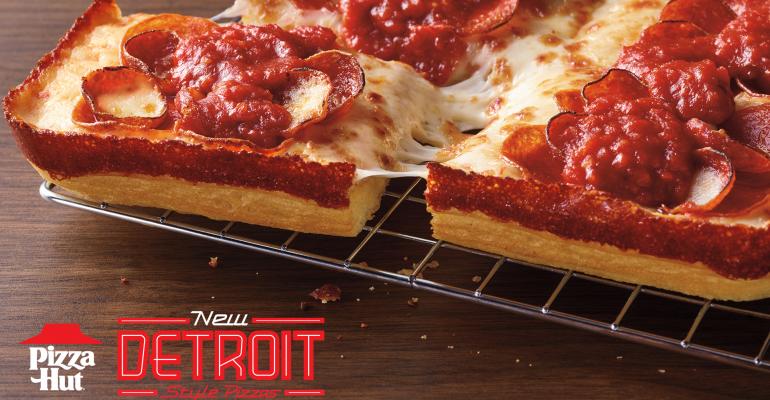 Pizza Hut announced Tuesday the release of its new LTO menu offering: Detroit-style pizza. Like its regional namesake pie, the Pizza Hut Detroit-style pizza is rectangular, features a cheesy frico crust from end to end, and is topped with red stripes of vine-ripened tomato sauce.

“Detroit style pizza is the fastest-growing trend in pizza: it’s no longer a Midwest-only thing,” David Graves, chief brand officer with Pizza Hut said during a media preview of the product. “ “As America’s iconic pizza company, when there’s a big trend, our customers expect us to bring those pizzas to the rest of America.”

Calling it a “culinary innovator’s dream,” Penny Shaheen, senior director of research and development for Pizza Hut said that for the Double Pepperoni pie, they start with a layer of cheese on top of the rectangular dough, then the 32 slices of regular pepperoni and 48 slices of crispy cupped pepperoni, then another layer of cheese and then the whole pie is topped off with the signature Detroit-style “racing stripes” of sauce. The end-to-end cheese is designed to have a “frico” caramelized crunch at the crust of the pie.

Related: Pizza Hut to debut 2 pizzas made with Beyond Meat sausage crumbles 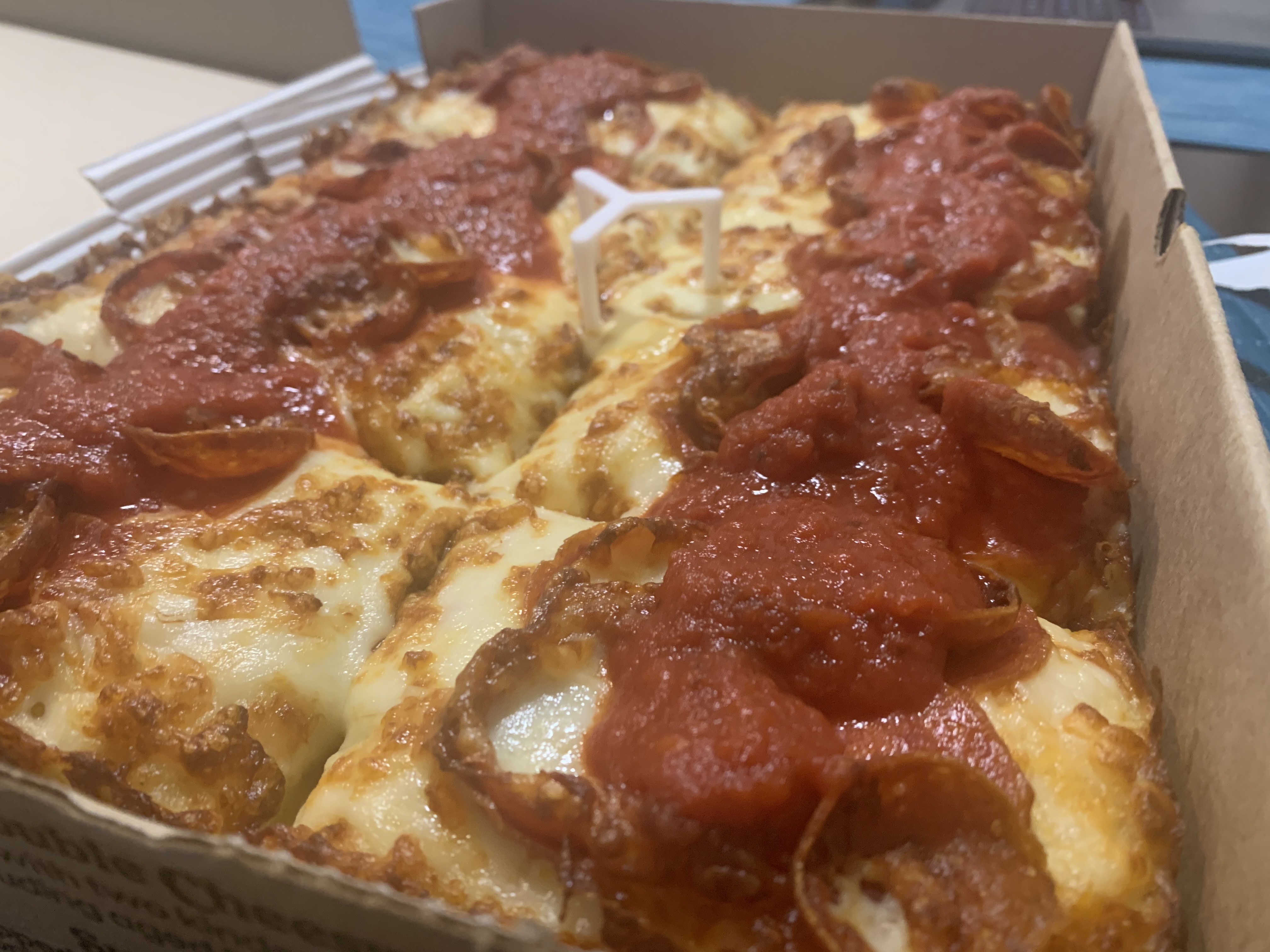 Both the vine-ripened tomato sauce (which is much richer and fuller-bodied than Pizza Hut’s original sauce) and the cupped pepperonis are only available in the Detroit-style pizza. THe pizza itself will also be delivered in a special Detroit pizza box. Shaheen's culinary team ran through 500 iterations of the pizza before settling on this recipe.

“We’ve taken regional pizza trends and democratized them,” Shaheen said. “The original pan pizza was an inspiration from Chicago deep dish, and Pizza Hut had its own take on New York-style pizza when we launched the Big New Yorker pie. We’re at our best when we’re at the forefront of innovation.”

The release of the Detroit-style pizza follows the announcement of the vegetarian Beyond Italian Sausage Pizza topped with proprietary Beyond “sausage” crumbles in November.

Pizza Hut said that Detroit-style pizza is its biggest menu launch of 2021, and will be priced at $10.99 per pie, available only in one size.