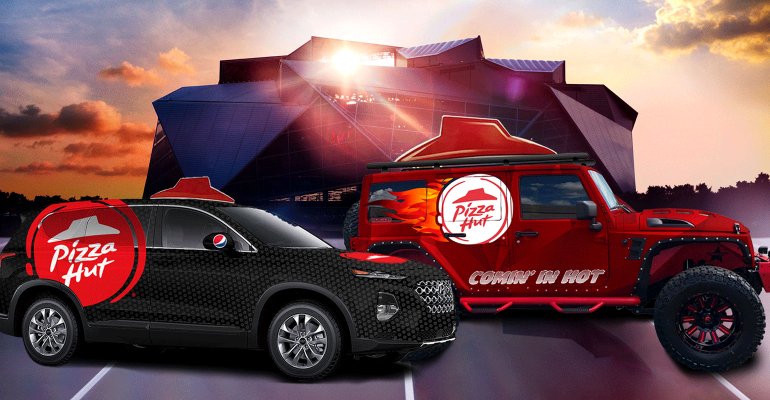 As Pizza Hut caps its first season as an NFL sponsor, the chain opened up about its marketing playbook for the upcoming Super Bowl game, during which it expects to sell more than two million pizzas.

Marianne Radley, Pizza Hut’s chief brand officer, said the Plano, Texas-based chain is hosting a series of game day promotions to keep the brand front and center during one of the biggest sporting events of the year. One of the biggest changes: The brand has temporarily changed its name to “Pizza Hut Hut” on its website. 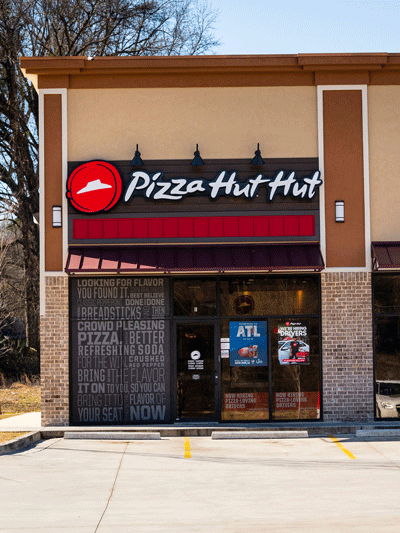 Other promotions include offering a 20-percent discount for NFLshop.com to anyone ordering a pizza using Hut Rewards, the brand’s newly revamped loyalty program. Pizza Hut consumers will get a code to use to get the discount on the official Super Bowl site, she said.

The chain’s delivery cars in Atlanta will be transformed with NFL branding on a fleet of Hyundai cars. Hyundai is another NFL sponsor.

Just how big? Last year, before the chain had partnered with the NFL, Pizza Hut sold more than 1.7 million pizzas during the Super Bowl. Leveraging its NFL sponsorship along with the addition of beer delivery in some markets, the chain is projecting orders to exceed more than two million pizzas.

Tim Powell, a senior restaurant analyst at Q1 Consulting in Chicago, said Pizza Hut’s Super Bowl bet is paying off, in terms of showcasing the brand which is in a “two-horse race” with Domino’s.

“I think the exposure Pizza Hut will receive is well worth the investment,” he said. “It makes current brand loyalists more loyal and obviously will build awareness for the category.”

Over the last year, Pizza Hut’s marketing and culinary teams have been on overdrive working tirelessly to breathe new life into the brand.

One of the chain’s main problems: in many parts of the country, the brand is still seen as a dine-in only concept.

Pizza Hut leaders have said the company needs to become a more “distinctive” brand with moves like partnering with the NFL.

In late February 2018, Pizza Hut became the new “Official Pizza Sponsor” of the National Football League. The news came one day after Papa John’s International Inc. terminated its eight-year deal with the league.

In the fall, the chain also debuted a revamped $5 menu which was “architected” to improve franchise profitability.  And, in anticipation of the Super Bowl, Pizza Hut expanded this month its pilot beer delivery program to 300 restaurants in seven states.

In the competitive delivery space, Radley said offering beer with pizza gives Pizza Hut an edge over other brands.

“It’s about convenience and distinctiveness,” she said.

Beer delivery is doing what Pizza Hut had hoped, according to Radley.

“It is helping us attract new customers to our brand,” she said.

The company said it will grow beer delivery to 1,000 restaurants across new markets by summer 2019.

Correction, Jan. 22, 2019: This article has been updated to correct an error in the spelling of Marianne Radley's name.