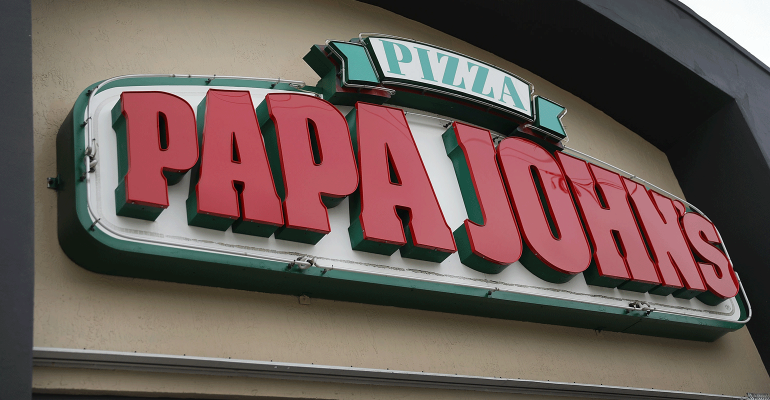 Papa John’s International Inc. has accepted a $200 million investment from hedge fund Starboard Value LP with an option of an additional $50 million through March 29, the companies announced Monday.

The struggling Louisville, Ky.-based pizza chain also announced that the company would appoint three new directors to its board, including Starboard CEO Jeffrey C. Smith.

In accepting Starboard investment, Papa John’s rejected a counter offer from former CEO John Schnatter, who said that on Feb. 2 he offered a deal “on terms that were substantially similar to, but superior to, the Starboard transaction.”

After reports of the investment, Papa John’s stock rose nearly 13 percent from Friday’s close of $38.51. The stock price had slid Friday after reports Papa John’s was abandoning talks of a sale.

Papa John’s is in the midst of a legal battle with its former CEO, who stepped down in July following controversial racial remarks. Schnatter owns 30 percent of Papa John’s shares and has a seat on the board.

Papa John’s has been considering strategic financial options since September.

“Our agreement with Starboard concludes a comprehensive strategic review conducted over the past five months to better position Papa John’s for growth, improve the company’s financial performance and serve the best interests of our stakeholders,” said Olivia Kirtley, chair of Papa John’s board, in a statement.

“This transaction provides the company with financial resources and strong and experienced directors on the board in order to position the company for success over the long term,” Kirtley said. “We believe we have found terrific partners to advance Papa John’s strategy, especially given their record of reinvigorating and growing premier restaurant and consumer brand companies.”

Starboard successfully led a proxy fight in 2014 that ousted the 12-member board of Orlando, Fla.-based Darden Restaurants Inc.

Smith of Starboard said in a statement: “We applaud the actions that the board and management have taken to move the company forward through a difficult transition.

“We see tremendous potential for the company both in the U.S. and internationally,” Smith said. “We look forward to providing leadership, sponsorship and support to instill operational, financial and corporate governance best practices, and working with the Papa John’s team to develop a disciplined long-term strategic plan while delighting our customers every day.”

Papa John’s said it intends to use half of the investment to pay off existing debt, while the remaining funds will be used to “further advance its five strategic priorities of people, brand, value/product, technology and unit economics.”

The pizza chain will provide further information during its fourth-quarter investor call on Feb. 26.

Papa’s John’s is the nation’s third largest pizza company with 5,247 locations worldwide as of September.