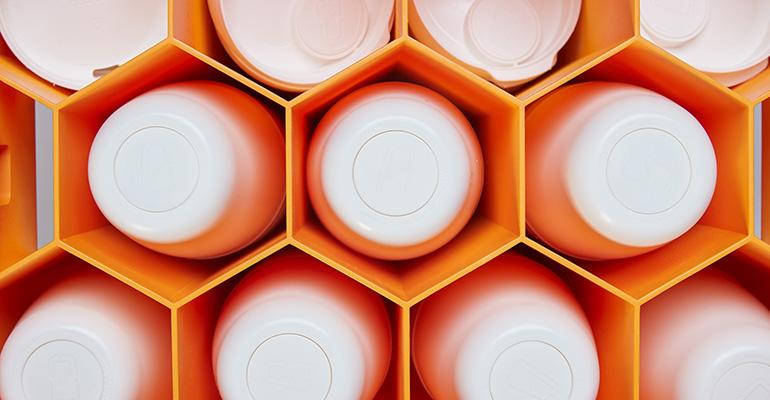 Recyclable and reusable cup program launches at independent coffee shops in San Francisco and Oakland; pilot seeks to scale waste free cups for large chains such as McDonald's and Starbucks

Independent cafes in California’s environmentally progressive Bay Area are participating in a pilot program that could eventually lead to a recyclable or compostable cup solution for national chains such as McDonald’s and Starbucks.

Testing of “smart” reusable cups begins this week at local coffee shops in Palo Alto and San Francisco, Calif. In March, a handful of cafes in Oakland will be piloting fully recyclable single-use cups without plastic liners. The experiments are the first live or “real world” retail testing of cup solutions under the NextGen Cup Challenge, a global competition between 12 incubators working to develop a zero waste cup solution at scale.

“We can start to de-risk the solutions out there, so they are ready for big global supply [to meet demands of] chains like McDonald’s and Starbucks,” said Bridget Croke, managing director at Closed Loop Partners.

Closed Loop Partners manages the NextGen project, which launched in 2018 with large pledges from founding partners Starbucks and McDonald's. Other partners include The Coca-Cola Company, Yum Brands, Nestlé and Wendy's. 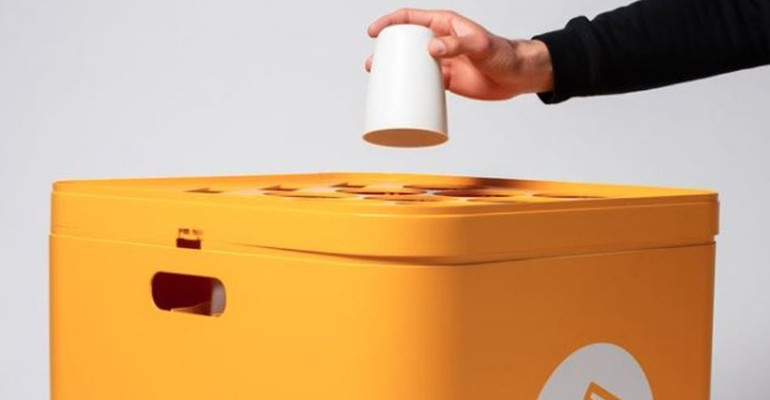 Consumers will use drop off sites to return reusable cups.

The pilot programs mark a significant step in the project, which initially sought submissions from companies developing a fully compostable solution for hot and cold beverages cups. However, along the way, project managers discovered that a handful of startups were making strides with “smart” refill and reuse cups.

”We were surprised [by the] emerging business models around refill and reuse,” Croke said of NextGen Cup Challenge submissions. “It was an unexpected category.”

Customers will be served coffee in a “smart” reusable cup, which is embedded with a tracking device. Once done with their coffee, customers can return the cup to participating cafes, or other designated drop off points such as the City of Palo Alto.

“The [NextGen] company will come and collect the cups and sanitize them and re-deploy them,” Croke said.

While many restaurants and coffee concepts such as Starbucks have reusable cup programs, Croke said this solution is different because it removes the burden from the consumer. They don’t have to buy the cup or remember to take it with them all the time, she said.

The other pilot program, which starts in March, involves two companies who are developing to-go cups that solve the problem of current recyclable cups which use polyethylene plastic liners to prevent leaks.

“While many cups are potentially recyclable, in practice the vast majority end up in landfill, wasting valuable resources,” according to Closed Loop Partners.

Arizona-based Footprint is using a fiber cup with an an aqueous-based coating that is recyclable and compostable. Three Red Bay Coffee cafes and Equator Coffees, both in Oakland, will be using these cups.

Snow White Coffee in Oakland will be using a coated paper cup by Thailand-based PTT MCC Biochem Company that is recyclable and home compostable.

Croke said the pilot programs are battle testing the cups and consumer response. However, NextGen also is measuring how the program fits into the circular economy. The solutions have to be sustainable financially in order to scale them to the level required by both independent restaurants and large chains like McDonald’s and Starbucks. As founding partners of the program, both chains have pledged a combined  $15 million to the NextGen program.

"Finding a cup that can be scaled will require continued innovation, testing and honing of solutions, so these pilots are an important step forward on that journey,” Gross said in a statement.

Michael Kobori, chief sustainability officer at Starbucks, said the NextCup challenge is providing valuable insights and learnings “as we continue to explore a variety of ways to better manage our waste and reduce our environmental footprint.”

Roughly 600 billion paper and plastic cups are distributed worldwide, by some estimates. Of those, McDonald’s projects its distribution to represent about 3%. Starbucks cups account for an estimated 1% of that total, the company said.

Updated: This story has been edited with additional information about the program.