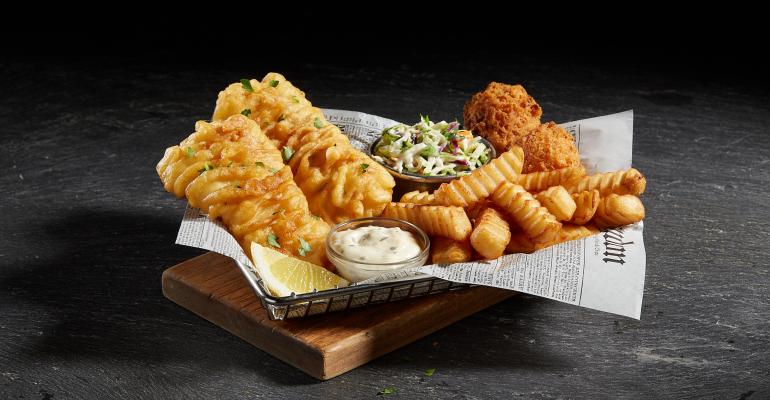 New York City’s Nathan’s Famous announced Thursday the addition of Arthur Treacher’s Fish & Chips to its portfolio. The centenarian hot dog brand will be relaunching Arthur Treacher’s as a virtual brand and updating their menu to include more proteins, including a focus on shrimp.

Arthur Treacher’s was a major quick-service fried seafood chain founded in Columbus, Oh. that hit its peak in the 1970s with more than 800 locations. The UK-style fish and chips chain was named after British actor, Arthur Treacher, who was known for playing butler roles.  In 2002, Nathan’s acquired the rights to market and co-brand Arthur Treacher’s products. As of 2018, there were only three original Arthur Treacher’s restaurants left in North America, with all three located in Northeastern Ohio, according to Cleveland.com. The remaining stores have become a pilgrimage for those who remember the brand, particularly during Lent.

Now, Nathan’s wants to bring the once-prosperous franchise back to life through virtual restaurants.

"We are thrilled to provide operators across the country with the opportunity to add Arthur Treacher’s to their portfolio,” James Walker, senior vice president of restaurants at Nathan’s Famous said in a statement. “Nathan’s Famous and Arthur Treacher’s have a long-standing relationship and we have worked diligently to keep the brand’s traditional menu items while also evolving the menu to fit the Nathan’s mantra of the ‘craveable, memorable and Instagrammable’ product that we believe both operators and customers will love.”