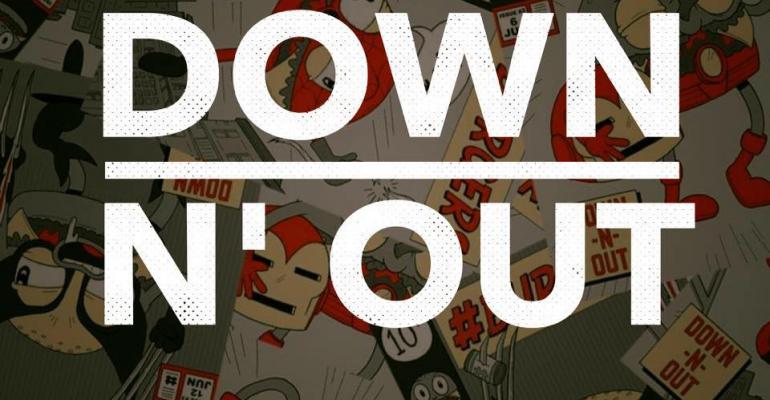 In-N-Out goes down under in latest trademark suit

California institution In-N-Out Burger is going down under in its latest attempt to protect its world-known trademarks.

In the latest challenge, the Irvine, Calif.-based operator has accused an Australian burger brand with trademark infringement. The fast-food burger joint Down N’ Out, with two locations in Sydney, bills itself as selling “American style burgers, done right.”

The restaurants are owned by Hashtag Burgers. The Australian company could not be immediately reached for comment.

In its claim, In-N-Out said Hashtag is clearly mimicking its name, logo and menu. The restaurants sell fresh burgers, fried potato chips and fried chicken. The latter is not on the In-N-Out menu.

On the Down N’ Out website, the menu describes a Tiger Style burger made with a mustard-grilled patty and caramelized onions — the same prep as In-N-Out’s iconic trademarked Animal Style burger. The Australian restaurants also serve a “Double” burger made with Wagyu beef.

In-N-Out does not operate any international restaurants. In its 2017 complaint, the family-run chain said In-N-Out has brand equity overseas. The company said it routinely does pop-up events outside the U.S. The pop-up events typically last one day and draw hundreds of people. In-N-Out said it has sold its burgers at pop-up events in Australia dating back to 2012.

In-N-Out was founded by Harry and Esther Snyder in 1948, in Southern California, and currently has approximately 330 locations. The brand has generated a cult-like following over the years for its fresh burgers, fries and shakes.