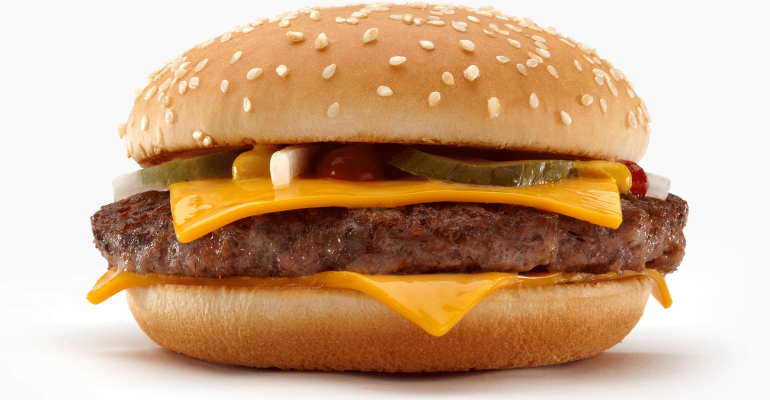 The burger chain will establish antibiotics reduction goals by 2020

McDonald’s said Tuesday that it planned to reduce the usage of antibiotics across 85 percent of its beef supply chain in the coming years, in a move designed to help curb the rise of drug-resistant bacteria.

The burger chain said it will begin working with its top beef sources to analyze and measure the current state of antibiotics usage and by 2020 would set antibiotics-usage reduction targets. Starting in 2022, McDonald’s will begin reporting its progress on the systematic reduction of antibiotics in the food it serves.

The chain has previously addressed antibiotic usage in its menu items. In 2016 in announced that it had removed antibiotics important for human medicine in chicken products in the U.S. and later expanded its efforts with stricter guidelines for its global suppliers.

The World Health Organization has identified antibiotic resistance — accelerated by the misuse or overuse of antibiotics, particularly as an immunity defense mechanism in livestock — as a high priority public health issue for the organization.

Because of its sheer size — the chain has more than 37,000 restaurants worldwide — food policy changes by McDonald’s can have significant impact on the supply chain.

“McDonald’s believes antibiotics resistance is a critical public health issue and we take seriously our unique position to use our scale for good to continue to address this challenge,” Keith Kenny, global vice president of sustainability at McDonald’s said in a statement.

McDonald’s said it planned a three-pronged effort to “refine, reduce, and replace” antibiotic use, including “ensuring the responsible and informed selection and correct administration of antibiotics to animals,” reducing overall usage on animals and replacing antibiotics usage with other sustainable health and welfare solutions.

The U.S. PIRG (Public Interest Research Group) Education Fund, one of a number of advocacy groups that have urged restaurant companies to reduce antibiotic use, praised the move.

“The Golden Arches just raised the bar for responsible antibiotic use in meat production. We can’t afford to misuse these precious medicines,” Matthew Wellington, the group’s antibiotics program director, said in a statement. “McDonald’s new commitment is a promising step forward that will help preserve antibiotics for the future.”

McDonald’s is not the only company to introduce antibiotics usage policies in recent years. Other quick-service chains working to address this public health issue include KFC, Pizza Hut, Boston Market, Carl’s Jr. and Hardee’s, which all have made moves toward only using antibiotic-free chicken in recent years. Subway has also joined such “clean” food-focused restaurant chains as Panera and Chipotle in working to eliminate antibiotics from its supply chain entirely by 2025. In 2016, In-N-Out Burger announced a phase-out of beef raised with antibiotics.

When asked if the chain would ever remove antibiotics completely from its beef supply chain, the chain said it still sees a place for responsible antibiotic use in animals in some cases.

“McDonald’s believes in the responsible use of antibiotics,” a McDonald’s spokesperson said. “Working to continuously improve the overall health and welfare of animals in our supply chain, and thereby reducing the need for antibiotic treatment, will be an important part of achieving this commitment. With this in mind, we understand that like people, animals become sick and when they do, they may require antibiotic treatment under the supervision of a practicing veterinarian.”

McDonald's did not address questions about what percentage of meat products will still contain antibiotics by the end of its timeline.

Update: Dec. 12, 2018 This story has been updated with additional comment from McDonald’s.