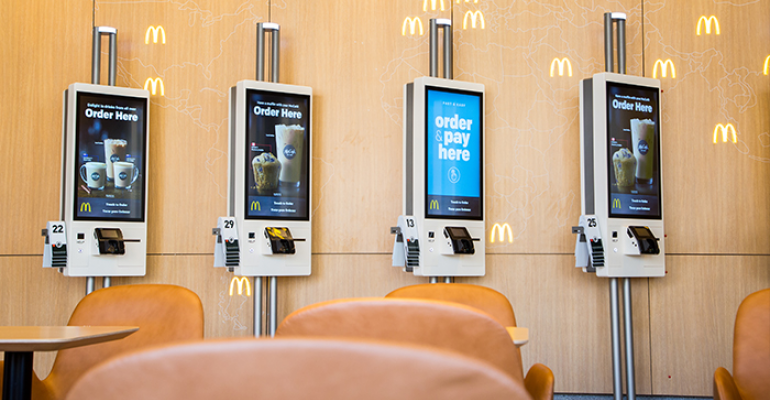 McDonald’s Corp. this week outlined which states will be getting modernized restaurants, which include new decor, self-order kiosks and curbside pickup locations.

The Chicago-based burger giant said the company and its franchisees will be investing $6 billion to modernize the restaurants by 2020.

“Continuing to reinvest in the brand and keep it relevant for customers today is what it's all about,” said Steve Easterbrook, McDonald’s CEO and president, in July’s second-quarter earnings call.

“It’s a competitive marketplace,” Easterbrook said.  We want to differentiate ourselves from the competition, and we believe we have some initiatives in place that will help broaden the gap between us and the others.”

On Tuesday, the company outlined how much it and its franchisees are spending in 16 states and the District of Columbia to refresh interiors and exteriors on existing units, remodel counters to allow for new table service, provide new digital menu boards inside and at the drive-thru, allow for designated parking spots for curbside pickup for those ordering and paying through the brand’s mobile app and expand the McCafé counters and display cases.

State-by-state investments, including the number of units and the total expenditures for the aspects of the new “Experience of the Future” McDonald’s include:

At the end of the second quarter, Easterbrook said McDonald’s had already converted 1,300 restaurants in the span of 90 days. The Experience of the Future program was launched in 2016, and the company has upgraded more than 5,000 restaurants, or a third of the U.S. total, to that design, he said.

“I think really what we end up doing is appealing to a broader range of customers on more occasions, more often,” Easterbook added. “That's what it's all about.”